Myanmar court to give first rulings in Suu Kyi trial 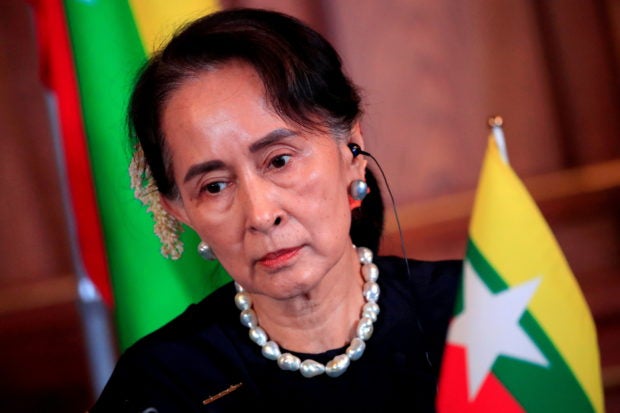 A court in Myanmar is due to deliver the first rulings on Monday in the trial of Nobel Peace Prize laureate Aung San Suu Kyi, the popular former leader ousted by the military in a coup 10 months ago.

Suu Kyi faces a dozen cases that include multiple corruption charges plus violations of a state secrets act, a telecoms law and COVID-19 regulations, which carry combined maximum sentences of more than a century in prison.

The verdicts are deferred from last week, with Suu Kyi and co-defendant Win Myint, the ousted president, facing jail terms of two years for incitement and three years for breaches of coronavirus protocols, if found guilty. They deny the charges.

Supporters of Suu Kyi, 76, say the cases are baseless and designed to end her political career and tie her up in legal proceedings while the military consolidates power.

The junta says Suu Kyi is being given due process by an independent court led by a judge appointed by her own administration.

Myanmar has been in turmoil since the Feb. 1 coup, paralysed by protests and instability that escalated after the junta’s deadly crackdown on its opponents, which it calls “terrorists”.

The international community has condemned the violence and Western states have demanded Suu Kyi’s release.

The trial in the capital Naypyitaw has been closed to the media and the junta’s public information outlets have not mentioned the proceedings. Suu Kyi’s lawyers have been barred from communicating with the media and public.