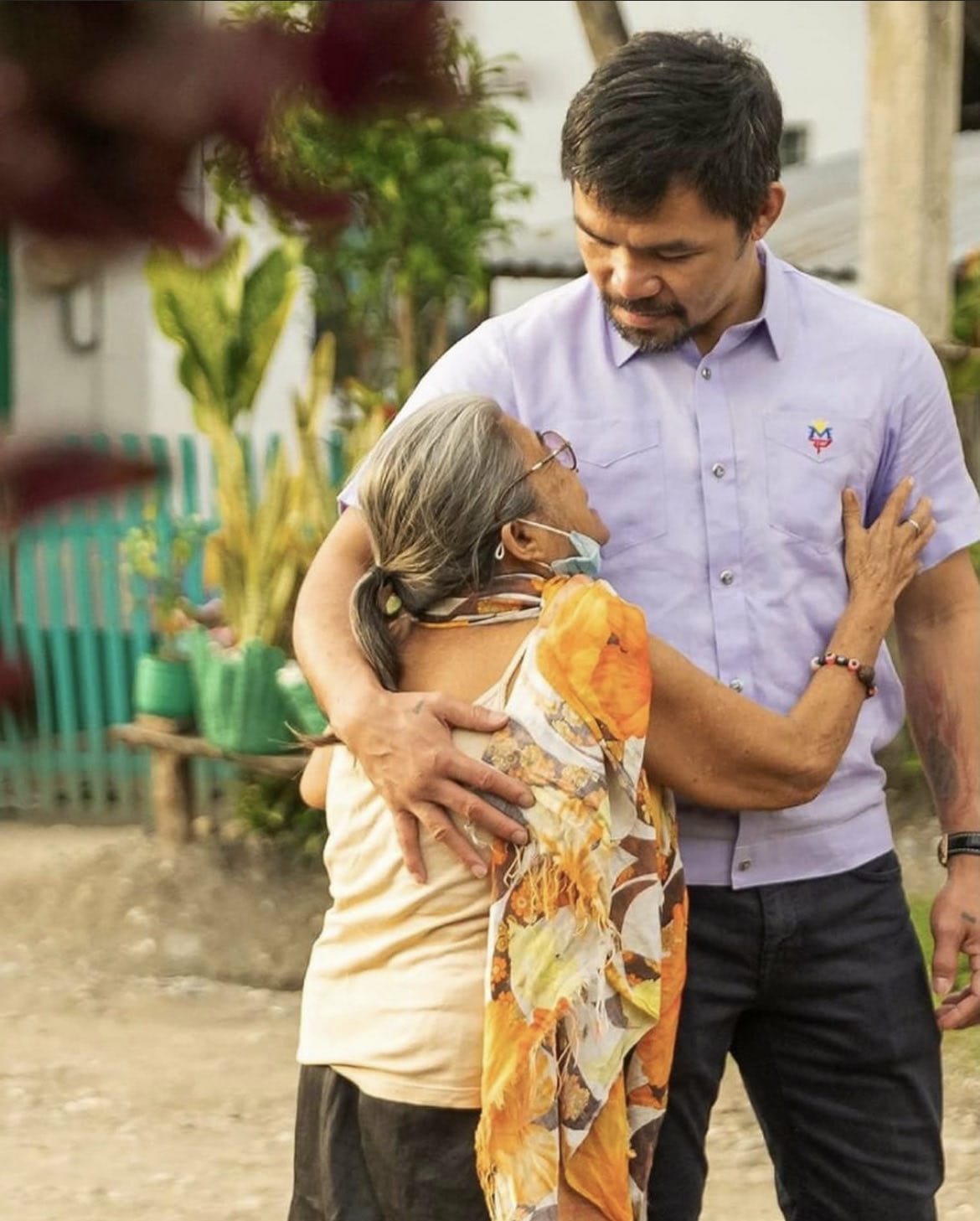 Presidential aspirant Sen. Manny Pacquiao believes that the government should provide free hospitalization, medical checkups, and maintenance medicine subsidy for senior citizens. According to Pacquiao, the government must honor the country’s elderly population by ensuring that they are well taken care of in their twilight years.

MANILA, Philippines — Presidential aspirant Senator Manny Pacquiao said the government should give special priority to the country’s senior citizens by providing them with free hospitalization, free medical checkups, and maintenance medicine subsidies on top of the perks that they are getting from their discounts.

According to Pacquiao, the government must honor the country’s elderly population by ensuring that they are well taken care of in their twilight years.

“We have to shower our senior citizens with all the love that we can give. They have done their part as citizens of the republic and as parents to their children so it’s time that we honor them by making life more comfortable for them. Ipakita natin ang pagmamahal natin sa ating mga seniors dahil sila ang dahilan kung bakit nandito tayo ngayon,” Pacquiao said.

Pacquiao said that the free hospitalization program, free medical checkups, and maintenance medicine subsidy for senior citizens can be funded from the billions of funds that will be saved from his no-nonsense campaign against corruption which, by his estimate, is costing  Filipino taxpayers at least one trillion a year.

“If we can stop the massive corruption in our government institutions such as the Department of Health and PhilHealth, we can easily have enough money to help our senior citizens. Kailangang pasayahin naman natin sila bago sila mawala sa mundo,” said Pacquiao.

Responding to queries on whether he would allow his mother, Mommy Dionisia, to also join him in his sorties considering that she also has her own army of followers especially senior citizens, Pacquiao said he is not keen on the idea because of the danger posed by COVID-19 pandemic.

Pacquiao added that if the government can stop corruption and ensure judicious use of public funds, it can also finance the modernization of barangay health centers and professionalize barangay health workers.

Pacquiao said that if the government can equip barangays with medical facilities that can deal with minor health emergencies including childbirth and basic diagnostic services, government hospitals can focus on more serious ailments and emergency cases.