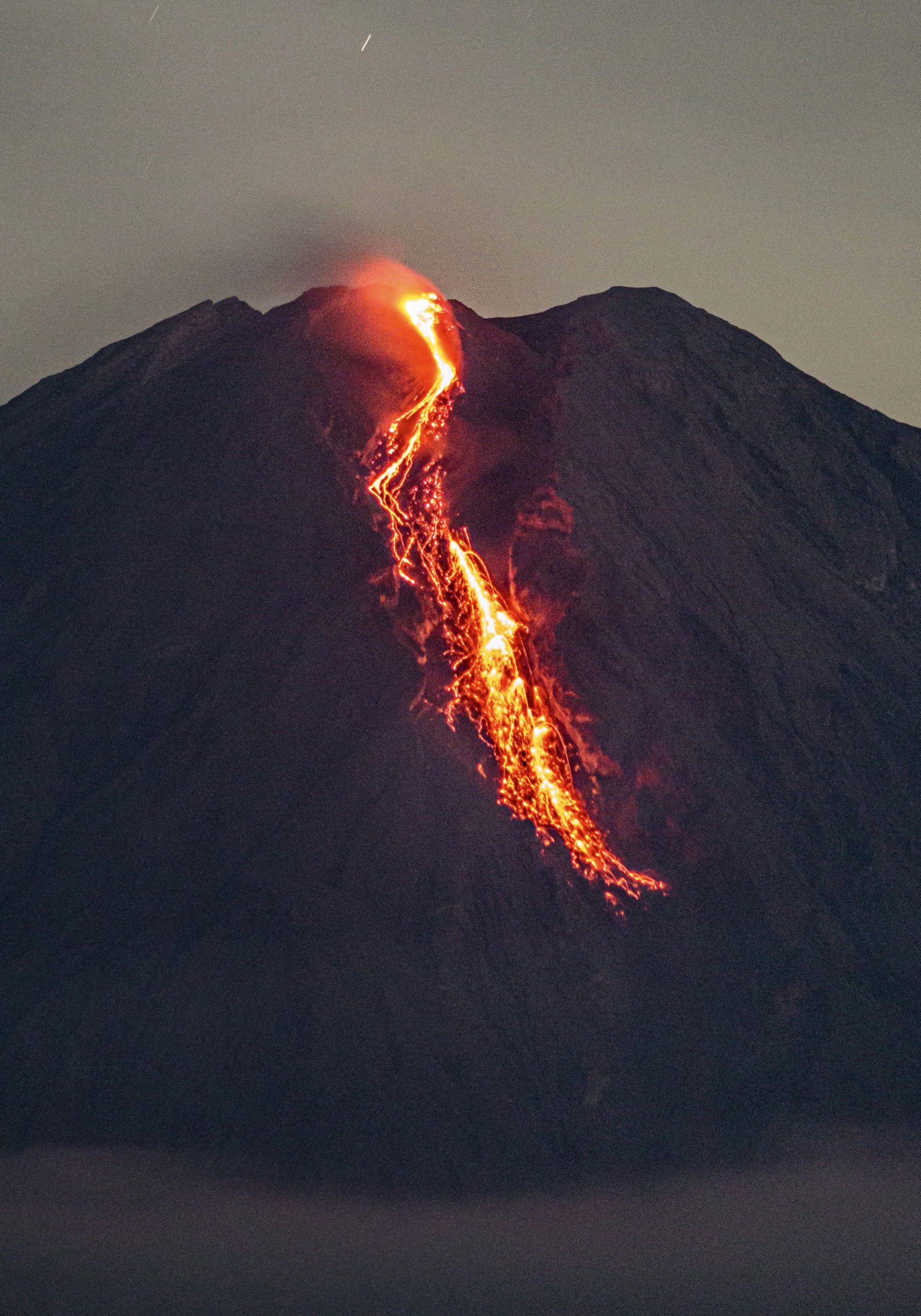 Lava flows from Mount Semeru as seen from Supiturang in Lumajang on August 26, 2021. (Photo by Agus Harianto / AFP)

JAKARTA — Indonesia’s Mount Semeru erupted on Saturday, spewing out a tower of smoke and ash that plunged local communities into darkness and forced thousands of nearby residents to flee.

There were no immediate reports of casualties, the country’s disaster mitigation agency said.

But rescuers moved to evacuate local residents as lava reached nearby villages and destroyed a bridge in Lumajang regency in East Java.

“We are building up some shelters in several locations in Lumajang,” he added.

A video released by the agency showed locals, including scores of children, running for safety as Mount Semeru erupted at 3:00 pm local time (0700 GMT) on Saturday.

Local authorities established a restricted zone of five kilometers from the crater after the eruption.

Semeru’s alert status has remained at its second-highest level since its previous major eruption in December 2020, which also forced thousands to flee and left villages covered.

Indonesia sits on the Pacific “Ring of Fire”, where the meeting of continental plates causes high volcanic and seismic activity.

In late 2018, a volcano in the strait between Java and Sumatra islands erupted, causing an underwater landslide and tsunami which killed more than 400 people.