UN chief urges Sudan to respect freedom of the press 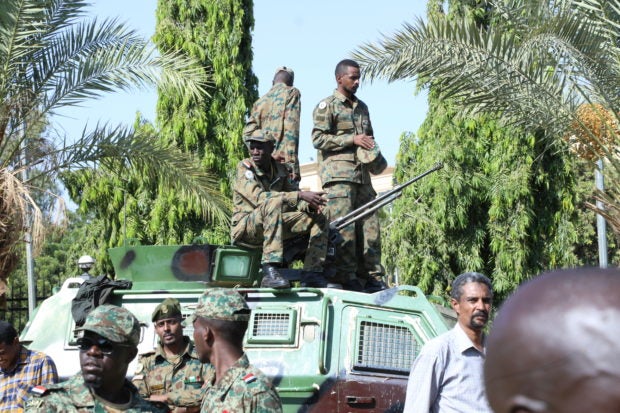 Sudanese military stand guard as military-aligned demonstrators gathered in numbers, chant “Down with the government of hunger” in front of the Presidential palace in Khartoum, Sudan, October 16, 2021. REUTERS/El Tayeb Siddig

On that date military chief General Abdel Fattah al-Burhan seized power and detained Prime Minister Abdallah Hamdok, but after international condemnation and the mass protests he reinstated the premier in a November 21 deal.

“Amidst an increasingly hostile environment for journalists, I urge the authorities to respect freedom of speech and of the press,” Guterres said in the quarterly document, which has not yet been made public but was obtained by AFP.

“I reiterate my call for the immediate and unconditional release of all those arrested and detained arbitrarily, and to cease arrests of political opposition leaders and activists,” he added.

Sudan has a long history of military coups, enjoying only rare interludes of democratic rule since independence in 1956.

“The future of the Sudanese transition remains uncertain,” Guterres said.

He additionally condemned “the use of live ammunition by security and military forces against peaceful protestors resulting in deaths and injuries,” calling it “unacceptable.”