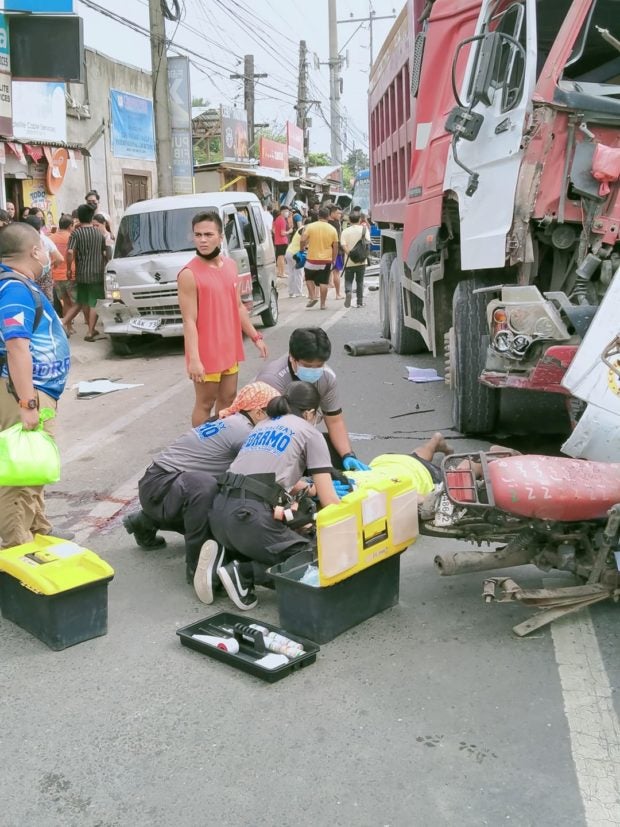 Rescuers attend to one of the victims of a road mishap on Dec. 3 in Talisay City, south Cebu. (Photo courtesy of Joy Tumulak)

Four persons died on the spot, while the driver of one of the trucks was rushed to the hospital and in critical condition, he said.

Talisay traffic czar Jonathan Tumulak said an investigation was ongoing to identify how the accident happened and who should be held liable for the fatal mishap.

Based on the footage of closed-circuit television in the area, one of the trucks plowed on the other vehicles along N. Bacalso Avenue in Lawaan 3.