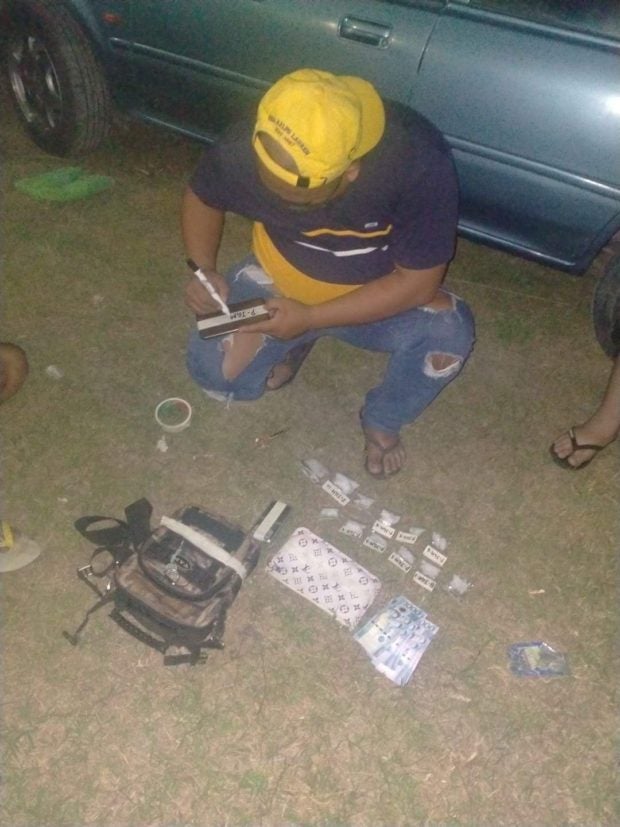 MABALACAT CITY, Pampanga––Intelligence and drug enforcement units of the provincial police arrested a suspected drug peddler who allegedly yielded some P680,000 worth of “shabu” (crystal meth) in a buy-bust operation Wednesday, Dec. 1, in this city.

In a statement issued Thursday, the Central Luzon police identified the suspect as Loreto Bartolome, 43, of Dinalupihan, Bataan.

The sting operation was conducted after the Pampanga police obtained information that a certain “Joelito” had been distributing illegal drugs in the village, the statement said.

The suspect, who was on board a car, was arrested after handing over a sachet of shabu and accepting the marked peso bills from the undercover police operative.

Seized from the suspect were 10 sachets of shabu weighing 100 grams, investigators said, adding that the suspect’s car was also impounded.

The suspect faces charges for violating the Comprehensive Dangerous Drugs Act of 2002. INQ