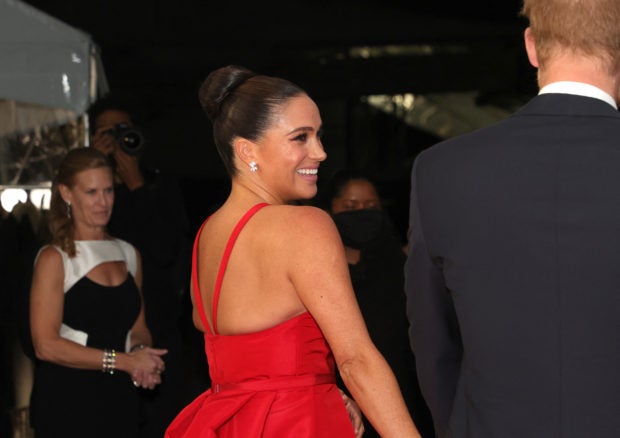 LONDON — A UK court will rule on Thursday on a newspaper group’s appeal against a previous judgement that it breached Meghan Markle’s privacy by publishing extracts of a letter to her estranged father.
In a long-running legal battle, Associated Newspapers, which publishes the Mail on Sunday, Daily Mail and MailOnline, is appealing against a lower High Court decision that the letter deserved privacy protections.
A judge in February ruled that extracts of the 2018 letter from the Duchess of Sussex published by the group the following year were “manifestly excessive and… unlawful”.
The judge ordered Associated Newspapers to pay hundreds of thousands of pounds in interim legal costs and to print a front-page statement acknowledging her legal victory.
But that has been on hold while it challenges whether the judge was right to rule in Meghan’s favour without holding a full trial.
Associated argues that Meghan wrote the correspondence to Thomas Markle knowing it was likely to be leaked, and despite claiming the opposite.
“The letter was crafted specifically with the potential of public consumption in mind because the claimant appreciated Mr Markle might disclose it to the media,” a lawyer for the publishers argued in the Court of Appeal last month.
The letter to her estranged father Thomas Markle was written a few months after she married Queen Elizabeth II’s grandson Prince Harry.
In it, she asked him to stop talking to tabloids and making false claims about her in interviews.

Meghan, 40, and 37-year-old Harry, who now live in the United States after stepping down from frontline royal duties last year, have taken legal action against a number of publications, alleging invasion of privacy.
In its appeal, Associated Newspapers has relied in part on new testimony from Meghan’s former communications adviser.
Last month, Meghan apologised to the court after admitting she had allowed Jason Knauf to brief the authors of a favourable biography of her short tenure as a frontline royal in Britain, despite previous denials on the matter.
The publishers submitted a witness statement from Knauf which outlined that he had provided information to the authors of the biography, “Finding Freedom”.
The best-selling book was “discussed on a routine basis” and “directly with the duchess multiple times in person and over email”, Knauf added.
In her own witness statement, Meghan apologised for misleading the court, accepting that she had forgotten that he had provided some information to, and even met with, the authors with her “knowledge”.
“The extent of the information he shared is unknown to me,” she added, noting she had “absolutely no wish or intention to mislead the defendant or the court”.
ADVERTISEMENT
FEATURED STORIES
NEWSINFO
Tulfo grills BIR, BOC for going after online sellers instead of oil smugglers
NEWSINFO
SRA planters representative vows to resign if Bongbong Marcos says so
NEWSINFO
Former HPG director is now head of Eastern Visayas PNP
Read Next
Hong Kong quarantine pushes Cathay pilots to ‘breaking point’
EDITORS' PICK
What to watch out for when selecting a video surveillance solution
DOH says COVID-19 cases plateauing, but public shouldn’t be ‘complacent’
House energy committee chair Arroyo bats for cheap electricity
Unleash the photographer in you this World Photography Day with vivo smartphones
23,000 cops to be deployed nationwide for school reopening
Look Through: The fate of impounded stray dogs
MOST READ
Sharon Cuneta asks for prayers for friend in ICU who suffered silent stroke
Korina Sanchez reunites with former ABS-CBN co-anchors Julius Babao, Cheryl Cosim
Solons file resolutions seeking probe on ABS-CBN, TV5 merger
NTC asks Court of Appeals to reconsider decision on Newsnet franchise
Don't miss out on the latest news and information.