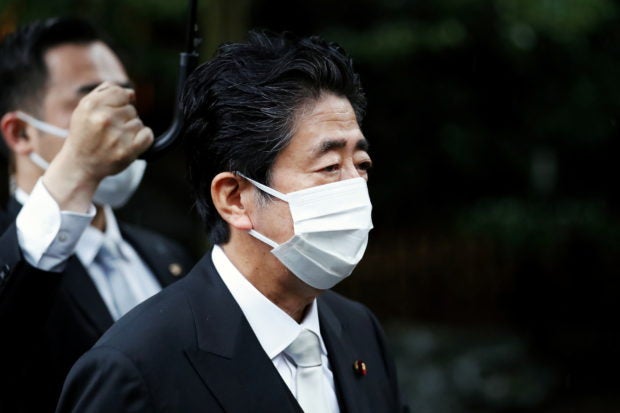 TAIPEI — Japan and the United States could not stand by if China attacked Taiwan, and Beijing needs to understand this, former Japanese Prime Minister Shinzo Abe said on Wednesday.

Tensions over Chinese-claimed Taiwan have risen as President Xi Jinping seeks to assert his country’s sovereignty claims against the democratically ruled island. Taiwan’s government says it wants peace, but will defend itself if needed.

Speaking virtually to a forum organized by Taiwanese think tank the Institute for National Policy Research, Abe noted the Senkaku islands – which China calls the Diaoyu Islands – Sakishima islands and Yonaguni island are a mere 100 km (62 miles) or so away from Taiwan.

An armed invasion of Taiwan would be a grave danger to Japan, he added.

“A Taiwan emergency is a Japanese emergency, and therefore an emergency for the Japan-U.S. alliance. People in Beijing, President Xi in particular, should never have a misunderstanding in recognising this,” Abe said.

Japan is host to major U.S. military bases, including on the southern island of Okinawa, a short flight from Taiwan, which would be crucial for any U.S. support during a Chinese attack.

The United States is bound by law to provide Taiwan with the means to defend itself, though there is ambiguity about whether it would send forces to help Taiwan in a war with China.

The United States and its allies would take unspecified “action” if China were to use force to alter the status quo over Taiwan, U.S. Secretary of State Antony Blinken said last month.

Abe, who stepped down as prime minister last year, is head of the largest faction of the ruling Liberal Democratic Party and remains influential within the party.

Japan and Taiwan must work together to protect freedom and democracy, added Abe, speaking to an audience that included Cheng Wen-tsan, mayor of the northern Taiwanese city of Taoyuan, tipped as a possible future presidential candidate.

“A stronger Taiwan, a thriving Taiwan, and a Taiwan that guarantees freedom and human rights are also in Japan’s interests. Of course, this is also in the interests of the whole world,” Abe said.

U.S. should not have any illusions about Taiwan, says China