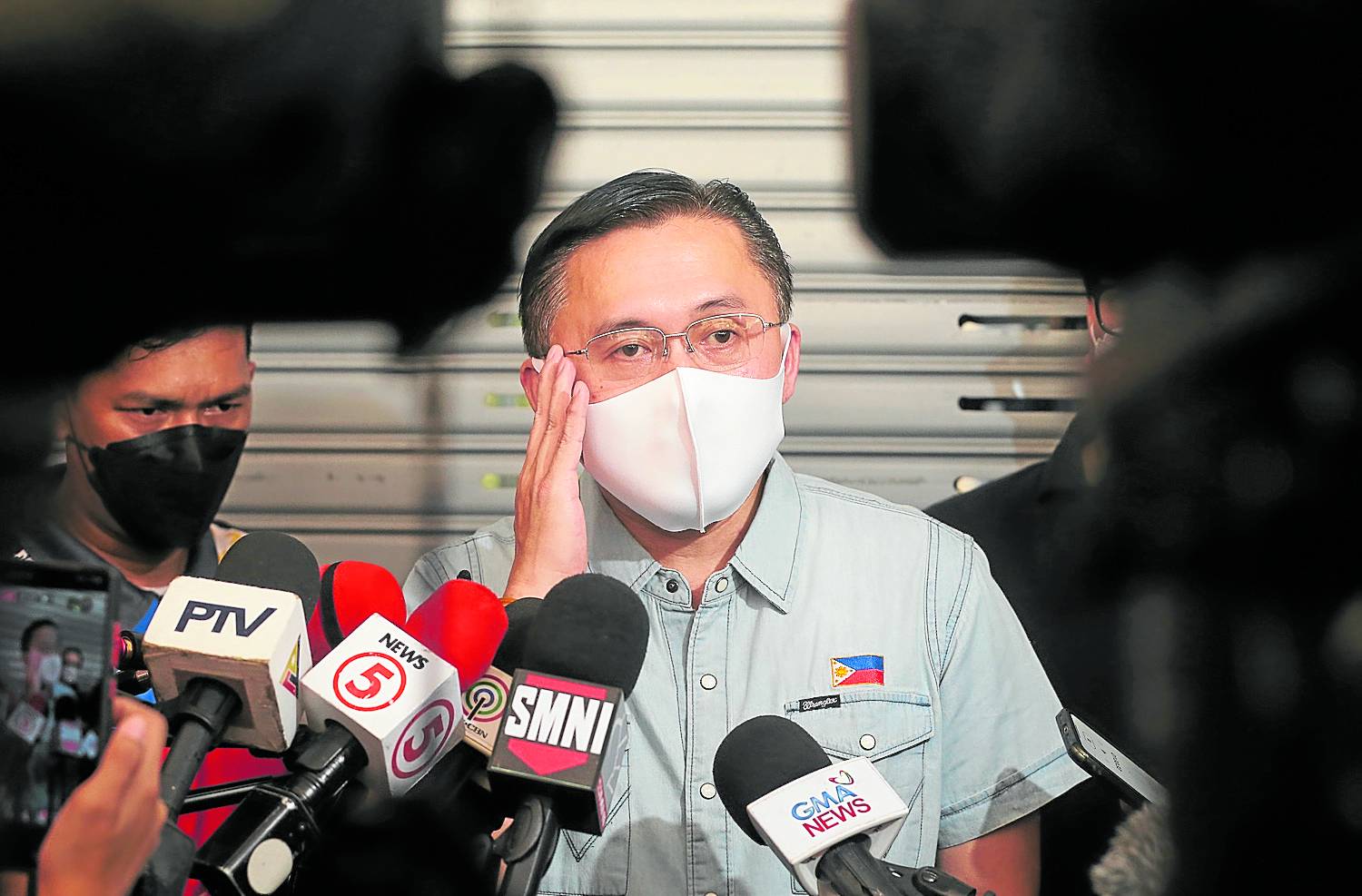 DAVAO CITY––Except for the sympathetic words from a former colleague in the 2016 presidential campaign, there was stony silence in this city after Sen. Christopher Lawrence Go announced Tuesday that he was dropping out of the 2022 presidential race.

Peter Tiu Laviña, one of the conveners of Sara All Philippines 2022, said Go’s withdrawal of his presidential candidacy was a “brave move.”

Laviña said he was saddened both for Go and Sen. Ronald dela Rosa as “they had to go through the difficulty [of being] put into their sorry situations of running and withdrawing.”

“Strong leadership is forged in fire. I know they (Go and Dela Rosa) will learn lessons from this and come out stronger,” said Laviña, who once served as political adviser to the then-mayor Rodrigo R. Duterte, and spokesperson of his 2016 presidential campaign.

Laviña confirmed that after City Mayor Sara Duterte chose to run for Vice President, he has since joined the group supporting her tandem with former senator and presidential aspirant Ferdinand Marcos Jr.

On Tuesday morning, Go read his statement saying he was withdrawing from the presidential race even as he thanked his supporters for their trust in him and the president.

Go and Dela Rosa beat the deadline of Oct. 8 for the filing of candidacy for the May 2022 elections, when they filed for vice president and president, respectively, under the Partido Demokratiko Pilipino-Lakas ng Bayan.

On the deadline for substitution on Nov. 15, Go and Dela Rosa withdrew their certificates of candidacy, with Go filing another one for President, this time under the Pederalismo ng Dugong Dakilang Samahan.

Go’s withdrawal of his vice presidential bid was due to the decision of Mayor Duterte to vie for the post instead of gunning for the presidency.

President Duterte, on the other hand, sought a Senate seat.

The president’s daughter initially decided to seek reelection despite the call for her to run for President. She eventually withdrew her candidacy for reelection and decided to run for vice president through the substitution process under the Lakas-Christian Muslim Democrats.

The younger Duterte has also decided to ally with Marcos, one of the presidential candidates that her father has criticized.

In backing out of the race, Go said he was making “the supreme sacrifice” to maintain “unity among our supporters.”