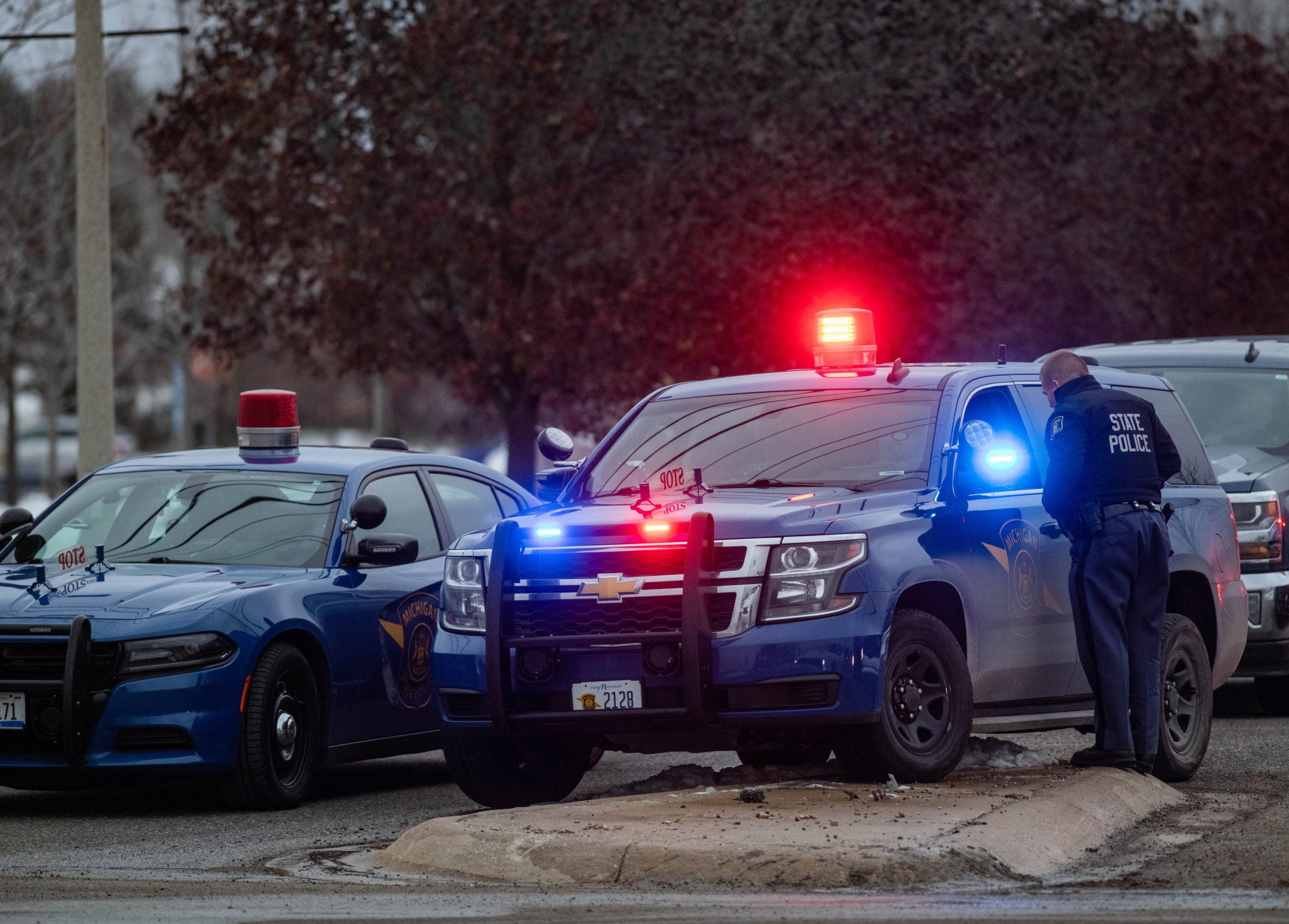 Emergency personnel respond to the scene of a deadly shooting where at least three were killed and six were wounded at a high school in Oxford, Michigan, about 35 miles (55 km) north of Detroit, U.S., November 30, 2021. REUTERS/Seth Herald

NW YORK — A 15-year-old boy killed three fellow high school students and wounded six other people upon opening fire with a semi-automatic handgun at a Michigan high school, and he was quickly taken into custody, police said.

At least one of those wounded was a teacher at Oxford High School in Oxford, Michigan, about 40 miles (65 km) north of Detroit, the Oakland County Sheriff’s office said.

“The suspect fired multiple shots,” Undersheriff Michael McCabe told reporters at the scene. “There’s multiple victims. It’s unfortunate I have to report that we have three deceased victims right now, who are believed to be students.”

The suspect, a sophomore at the school, was believed to have acted alone and was arrested without resistance after firing 15 to 20 shots, McCabe said.

WDIV television reported the suspect divulged nothing to police and demanded his right to speak with a lawyer.

Student Abbey Hodder told the Detroit Free Press that she was in chemistry class when she heard the sound of glass breaking.

“My teacher kind of ran out and was scrambling,” Hodder, 15, told the newspaper. “The next thing I knew I saw he was pushing tables. It’s part of school protocol to barricade, so we all knew, barricade, barricade down. And we all started pushing tables.”

McCabe praised the school for its preparation for a shooting and an orderly evacuation.

President Joe Biden was told of the shooting by National Security Adviser Jake Sullivan in advance of a tour and remarks at a Minnesota technical college, Press Secretary Jan Psaki told reporters.

“My heart goes out to the families enduring the unimaginable grief of losing a loved one,” Biden said from Minnesota.

“As Michiganders, we have a responsibility to do everything we can to protect each other from gun violence,” Whitmer, a Democrat, said in a statement.