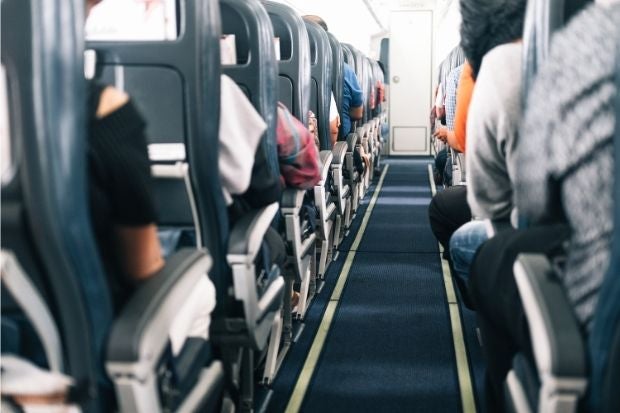 MANILA, Philippines — Philippine tourism’s new normal may not just come with pandemic precautions but also with an obligatory “soundtrack.”

The House of Representatives has approved on third and final reading a draft measure that would mandate the playing of Filipino songs in hotels, resorts, restaurants, tourist buses, and all inbound international flights.

Voting 179-0-0, the chamber approved on Monday House Bill No. 10305, which requires international flights, upon landing in the Philippines, to devote at least 50 percent of its piped-in music to Filipino songs.

Under the bill, 50 percent of the playlist of tourists buses must be local songs while the repertoire of hotels, resorts, and restaurants must be 25-percent Filipino music.

The proponents said they wanted to showcase native culture through Philippine music, which the bill defined as “any musical composition, whether purely instrumental or with lyrics, which has been originally composed, written, arranged, performed or played by Filipinos.”

Songs that were originally composed and written by Filipinos, regardless of whether the lyrics are in Filipino or English or in any regional language or dialect, will be considered Philippine music.

The measure imposes fines on violators: Airline companies failing to play the required music as their aircraft land in the country face a P300,000 fine, while bus operators will pay P50,000 for every offense.

The fine for hotels, restaurants, and resorts is P20,000 for every offense.

The bill tasks the Department of Tourism (DOT) with coming up with the implementing rules and regulations 60 days after its passage into law.

Deputy Speaker Lito Atienza, one of the primary authors of the bill, said the measure should promote nationalism and attract more tourists to return to the Philippines.

“It is going to be a very effective way to promote the Filipino culture, tradition, values, and our real character as a people,” Atienza said on Tuesday.

The bill will be sent to the Senate for its approval.