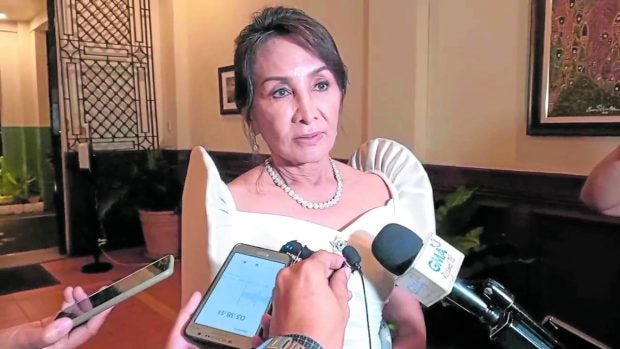 CEBU CITY, Cebu, Philippines — The Supreme Court has denied the plea of the Office of the Ombudsman to hold Cebu Gov. Gwendolyn Garcia administratively liable for the 2008 purchase of a beachfront property in the city of Naga, which turned out to be mostly underwater.

In its resolution dated Sept. 14 but was received by the parties only recently, the Supreme Court’s First Division said the Court of Appeals (CA) made the right decision when it dropped the case against Garcia in 2014.

The appeals court cited the Aguinaldo, or condonation doctrine, prohibiting the Ombudsman from declaring Garcia guilty of grave misconduct since the matter became moot when she was reelected as governor in 2010.

Under the Aguinaldo doctrine, a reelected public official is spared from administrative liability for an action during a prior term.

Garcia, in a statement, said she was elated over the outcome of the case.

“And yet again, justice has prevailed. As always, the truth will set us free,” she said.

In 2013, the Office of the Ombudsman in the Visayas found Garcia and five other provincial government officials administratively liable for allegedly misusing public funds to buy a 24.9-hectare private property at P98.9 million. The land turned out to be mostly underwater.

Due to Garcia’s reelection as governor, no penalty was imposed on her.

According to the high court, a public officer should never be removed for acts done prior to his or her present term of office.

“To do otherwise would be to deprive the people of their right to elect their officers. When the people have elected a man to office, it must be assumed that they did this with knowledge of his life and character, and that they disregarded or forgave his faults or misconduct, if he had been guilty of any,” it said.

“It is not for the court, by reason of such faults or misconduct, to practically overrule the will of the people,” the resolution added.

Garcia served as governor of Cebu for three terms from 2004 to 2013. She was elected representative of Cebu’s third congressional district in 2013 and 2016. In 2019, she ran and won again as Cebu governor. She is seeking reelection next year.