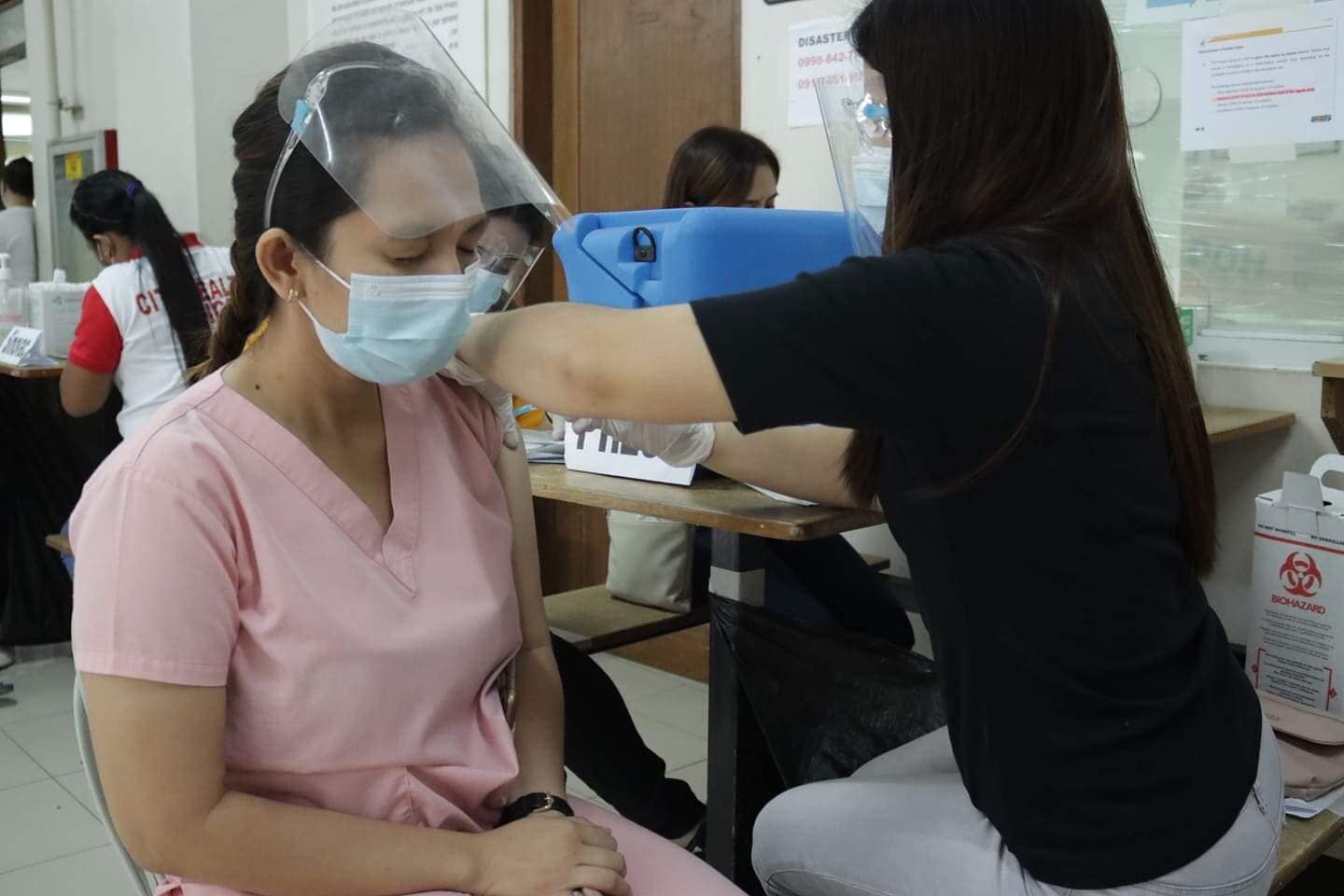 A medical worker of the Rafael Lazatin Memorial Medical Center in Angeles City gets her booster shot against COVID-19. (Photo courtesy of the Angeles City government)

(We have four milestones. The first milestone is to inoculate 54 million individuals before the end of the year and then maybe we will start the booster also this year, more or less December 10  we can start with the A4, especially those whose vaccines are already beyond six months.)

Currently, booster doses are administered to the A1 to A3 priority groups which are composed of health workers, senior citizens, and select immunocompromised individuals.

Among the qualified immunocompromised individuals to receive a booster shot are those with immunodeficiency states, people with human immunodeficiency (HIV) virus, active cancer or malignancy, transplant patients, and patients under immunosuppressive treatments.

Meanwhile, to reach the goal of immunizing 54 million Filipinos by the end of the year, the government will launch a second national vaccination drive on December 15 to 17.

The first three-day national vaccination drive will be from November 29 to December 1. The government is targeting to administer 9 million jabs in the event, lower than its initial target output of 15 million.

According to Galvez, the second milestone is to inoculate 77 million people by the end of the first quarter of 2022, ahead of the May national and local elections.

The third milestone, meanwhile, is to immunize 90 million individuals before the end of the second quarter.

Lastly, vaccinating the rest of the population by the end of the third quarter is the fourth milestone.

Further, the government is planning to give booster doses to the A1 to A3 priority groups by the end of the year amid the threat of the Omicron coronavirus variant.

“So, ‘yung sa booster natin, ang gagawin natin po, ang ating planning sa boosters is that by end of the year, kailangan matapos na po natin ‘yung healthcare workers at saka ‘yung mga A1, at saka A2, at saka A3 kasi with the coming of the Omicron, we want to make sure na ‘yung ating pinaka-basic at saka focused target natin na A1, A2, and A3, the most vulnerable, ay makuha po natin,” Galvez said.

(What we plan for the boosters is to administer those to individuals in the A1 to A3 by the end of the year because, with the coming of the Omicron, we want to make sure that the most basic and focused target of A1 to A3, the most vulnerable, will be covered)