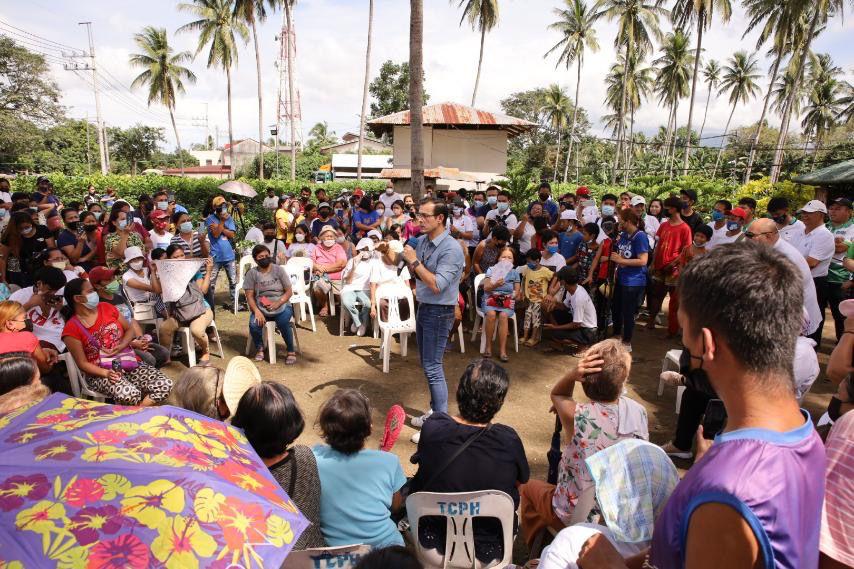 SAN PABLO CITY – Manila Mayor Isko Moreno Domagoso on Saturday unveiled his “Food Production Strategic Plan” that will guide him in reinforcing the country’s food security should he win the presidency.

“Because food security is extremely important and we are not producing enough food for the most basic needs of our people. We must, starting 2022, have a FOOD PRODUCTION STRATEGIC PLAN, which will be the guide for the budget of all departments and other agencies directly involved in food production,” Moreno said in a town hall meeting here attended by Laguna coconut farmers and their families.

The Aksyon Demokratiko presidential bet also said the 5-year plan must involve the different major stakeholders in food production, so that their problems and solutions are properly taken into consideration in crafting the food production strategy.

The 47-year-old local chief executive’s proposals were among those he put forward during Friday’s live Zoom discussion-meeting with the agricultural sector led by Former Agriculture Secretary Leonardo Montemayor and former Undersecretary Ernesto Ordonez of the Department of Trade and Industry.

Part of Moreno’s food production program is the imposition of a 3-year moratorium on the conversion of agricultural lands into other uses and the passage of the National Land Use Act (NLUA) that will ensure food security for the country.

If elected president next year, Moreno said he will immediately sign an executive order that will stop the rampant and unchecked conversion of prime agricultural lands into other uses — such as subdivisions in many cases — to protect the remaining agricultural lands in the country, as well as protect and ensure the welfare of farmers.

Many farmers’ groups have attributed this declining production area to reclassification of agricultural lands for the development of subdivisions and other commercial ventures.

Moreno said his Aksyon Demokratiko team hopes to continue their dialogs “with as many people as we can, in as many places as we can” so that they will learn the real situation of rural folks and come up with distinct solutions to the people’s problems.

On Saturday, Moreno, his running mate Dr. Willie Ong and Aksyon Demokratiko senatorial slate Dr. Carl Balita, Samira Gutoc and Jopet Sison were in San Pablo City, Laguna and the towns of Candelaria and Tiaong in Quezon province as part of their “Listening Tour.”