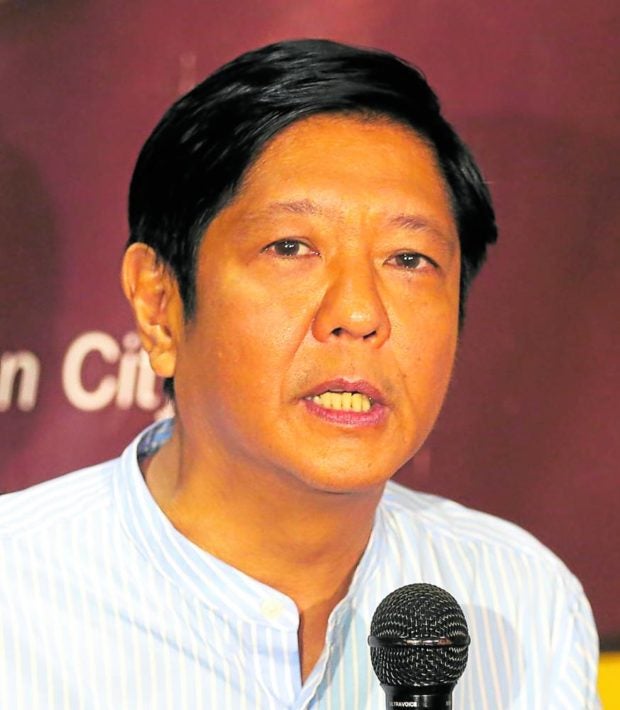 MANILA, Philippines — The legal counsel of one of the petitioners seeking to stop Ferdinand “Bongbong” Marcos Jr.’s presidential bid claimed that the latter failed to “specifically deny” any of the allegations that they have cited as grounds for the cancellation of his certificate of candidacy (COC).

Theodore Te, one of the legal counsels for petitioners led by Fr. Christian Buenafe, said they have only received the verified answer of Marcos’ camp during the Commission on Elections’s (Comelec) second division’s virtual preliminary conference on Friday.

“After perusing the Answer, counsel for petitioners put on record that the answer failed to specifically deny any of the material averments in the petition and offered only legal arguments,” Te said in a statement on Friday night.

“[A]s such, the material averments should be considered admitted,” Te added.

In their petition, it was alleged that Marcos is not eligible to run for any public office since the Quezon City Regional Trial Court convicted him in 1995 for his failure to file his income tax returns.

INQUIRER.net sought the camp of Marcos for comment, but his camp has yet to respond as of posting. We will publish their side of the story upon their response.

Comelec commissioners Socorro Inting and Antonio Kho were not present during the hearing, and were represented by an authorized hearing officer of the poll body. Marcos was also represented by counsel.

Te said that after the preliminary conference, petitioner’s camp sought to have both sides submit their respective memoranda by Monday, November 29.

However, the Comelec Division clerk deferred the submission of the memoranda “unilaterally” or without any motions from the parties, and objections of the petitioners, according to Te.

“The deferment is indefinite as no period was given by the Comelec to decide,” Te said.

“Petitioners take exception to the indefinite deferral and the supposed reasons therefore and will avail of appropriate remedies to put on record their objections thereto,” he added.

Comelec spokesperson James Jimenez, in a press briefing after the preliminary conference, said that there are still pending motions: the petition for intervention of the group of Rommel Bautista, and, the pending motion of Marcos’ counsel for a face-to-face oral arguments.

(There are still pending motions that should be resolved before this case pushes forward.)

“After the incidents are resolved, then the Comelec will say how long it will give to the parties to give their respective memoranda,” he added.

In total, Jimenez said there are four petitions seeking to stop Marcos’ bid for the presidency.

Marcos’ candidacy was also challenged by Danilo Lihaylihay who sought to have him declared a nuisance candidate, and former martial law political detainee Bonifacio Ilagan.