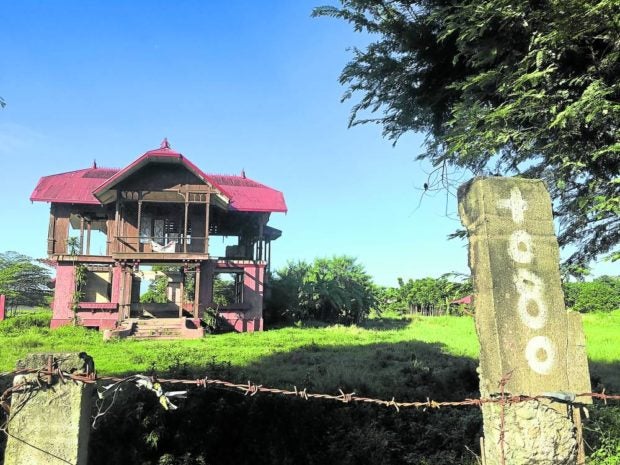 INFAMOUS HOUSE What is left of the Ilusorio Mansion, also called Bahay na Pula, in San Ildefonso town, Bulacan, remains a grim reminder of the sexual abuse that many girls and women suffered in the hands of Japanese soldiers who attacked the village of Mapaniqui in Candaba town, Pampanga, on Nov. 23, 1944. —FILE PHOTO

CITY OF SAN FERNANDO — One of the country’s more prominent “comfort women” during the Japanese occupation passed away at her home in Candaba town, Pampanga province, early this week without getting the reparation she sought.

Women’s group Kaisa Ka, which provides legal assistance to Malaya Lola, said the death of Vinuya, popularly known as Lola Lita, had brought down to 21 from the original 96 the number of grandmothers seeking justice and compensation from Japan for their mass rape 77 years ago inside a sequestered mansion at the boundary of Pampanga and Bulacan provinces.

Vinuya’s passing occurred on the same date in 1944, Nov. 23, when the Geki Group of the 14th District Army under Gen. Tomoyuki Yamashita attacked the village of Mapaniqui in Candaba town of Pampanga, lawyer Virginia Lacsa-Suarez, Kaisa Ka chair, told the Inquirer in a phone interview on Friday.

Mapaniqui is close to the village of Anyatam where the Ilusorio Mansion, also called Bahay na Pula, is located in San Ildefonso town, Bulacan province. Because Mapaniqui was a suspected lair of the Hukbo ng Bayan Laban sa Hapon, the armed wing of the old Communist Party of the Philippines, an order was issued to attack the village. Men and boys were massacred, some of them castrated, and thrown in a common pit, declassified Japanese military document showed.

Around 200 women and girls marched and carried the loot on that day to the mansion-turned-garrison, with mothers and daughters sexually abused at the same time in same rooms.

Vinuya was only 12 years old then and the youngest of the abused girls, Januaria Garcia, was merely 9 years old.

At least 96 victims of the Japanese Army’s sexual abuse broke their silence in 1996, or four years after Maria Rosa Luna Henson, who died in 1997, spoke of her ordeal as a comfort woman as a young girl in Pampanga.

Lacsa-Suarez said most of the surviving 21 women were bedridden—sickened by old age, hypertension, diabetes, tuberculosis, asthma, arthritis and other ailments.

Vinuya was 22nd on a list derived from a survey and prepared in a case filed at the International Criminal Court.

The Malaya Lola asked the Supreme Court to compel the Philippine government to seek justice for them before the Japanese government but the case was dismissed by the high court. 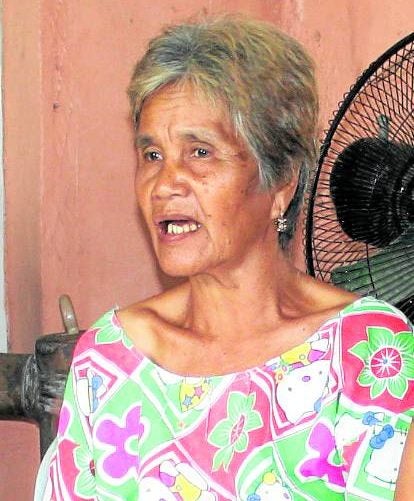 With Vinuya as president, the Malaya Lola documented their ordeal in a compact disc of 10 songs they wrote using the style of pangangaluluwa (hymns for the departed souls).

They also traveled to Japan several times to file cases, and meet lawmakers and activists.

Japan’s ambassadors made general apologies during yearly observance of the Japanese Army’s defeat in Bataan but no compensation was offered to victims of sexual abuses during the war.

The Malaya Lola had also accepted Japanese visitors in Mapaniqui, some of whom have become staunch supporters of their case. In a twist of fate, some relatives of the Malaya Lola had left for Japan to work or marry.

To this date, the Malaya Lola has not received any money from the Asian Women Fund that Japan set up.

In an interview in 2002, Vinuya told the Inquirer: “We are old but we are fighting. It is not only compensation that we are after. We should keep fighting so that in future wars, the sexual abuse of women is not to be used again to defeat our people.”

The Asian Women Fund did not categorize Mapaniqui women as jugun ianfu (comfort women) or those confined for a longer period of time in any facilities for sexual slavery.

But Vinuya had said: “Rape is still rape whether it was done for days, for months or for years. The effect is the same. It destroyed our bodies, our sense of self. We live in shame for years.”