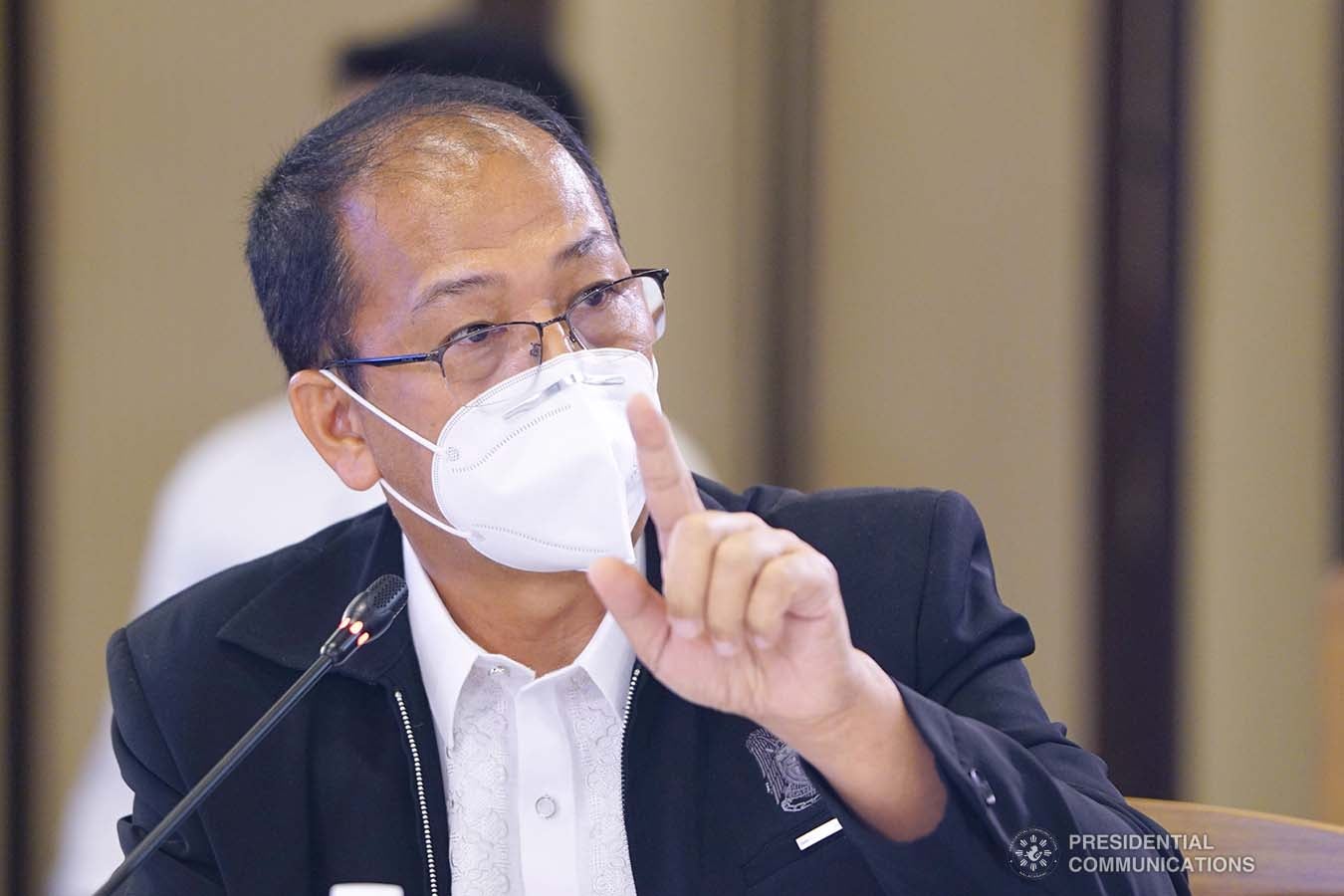 MANILA, Philippines — The national government has turned down a request by the private sector to use the COVID-19 vaccines it had procured as booster shots for their employees and household members.

National Task Force Against COVID-19 (NTF) chief implementer Secretary Carlito Galvez Jr. said the government had the “moral and mandatory” obligation to prioritize the vaccination of Filipinos who have yet to receive even a single dose.

As of Wednesday, only 44 million, or 40 percent of the country’s more than 110 million population, have been vaccinated.

“There are still around 70 million more people who are deprived of the COVID-19 vaccine,” Galvez said on Wednesday.

According to him, members of the private sector agreed with the vaccination priorities of the national government when they entered into a tripartite agreement to procure the shots.

“But in this decision, it is really moral and mandatory that we finish first the 70 million who are deprived of the vaccine. We care for your continued protection, but please bear in mind that many have not been protected by the vaccine,” he said.

Galvez asked the private sector “to wait for more time.”

The government needs to prioritize the inoculation of the vulnerable members of the public because “when the surge comes,” they will be the ones catching severe COVID-19 and will have to be hospitalized “and will again put a burden on our health-care facilities,” he explained.

In a joint statement on Tuesday, 26 business groups called on the government to let them use the vaccine doses they had purchased to administer as booster shots for their workers and their families.

They argued that the national stockpile had reached close to 60 million doses and was increasing “as the vaccines are arriving faster than they can be dispensed.”

“We no longer have a shortage, and with a large stockpile, we risk having vaccines expire and go to waste,” they said.

As of Wednesday, the NTF said the country still has more than 57.6 million doses of vaccine in stockpile.

According to government policy, private companies with COVID-19 vaccines nearing their expiration could enter into a loan agreement, wherein the national government would use their vaccines and substitute them later on with fresh stocks.

Currently, booster shots for fully vaccinated individuals only cover health-care workers (belonging to A1 priority group), senior citizens (A2) and select immunocompromised people (A3). The Department of Health (DOH) estimated booster doses for more than 18 million individuals belonging to these priority groups alone.

More than 102,000 booster doses have been administered since the country started providing booster shots on Nov. 17.

Booster shots are also to be given to Filipinos who will leave for jobs abroad within the next four months from the intended date of their vaccination.

Galvez said booster shots for essential front-liners (A4), indigent population (A5)—estimated to be around 40 million—and the rest of the general population would be pushed back to next year.

Of the 138.3 million vaccine doses that have arrived in the country as of Nov. 25, some 91 million were procured by the government while about 7.4 million were purchased by the private sector.

Of the total doses that have been shipped to the country since February, 31.4 million were obtained from the international COVAX facility.In a Senate hearing on the vaccination program in June, Finance Secretary Carlos Dominguez III said the total funds for vaccine procurement amounted to P88.6 billion, enough to procure 148 million doses to inoculate 70 million Filipinos.

Of that total, about P57.3 billion came from concessional loans from Asian Development Bank, World Bank and Asian Infrastructure Investment Bank; P2.5 billion from the DOH’s 2021 budget; and P10 billion from funds under Republic Act No. 11494, or the Bayanihan to Recover as One Act (Bayanihan 2).

About P3.26 billion from the 2021 national budget and Bayanihan 2 was also allocated for the vaccination program while the Office of the President contributed another P2.8 billion from its contingency fund, Dominguez said. The remaining P12.7 billion will come from other financing sources, he said.. —WITH A REPORT FROM INQUIRER RESEARCH