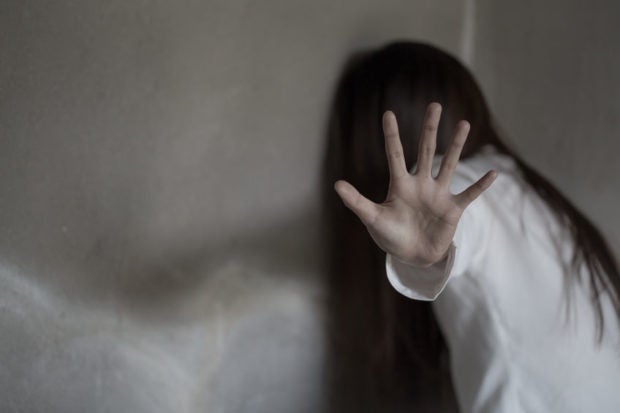 MANILA, Philippines — A bill seeking to strengthen the country’s law against human trafficking has reached the Senate floor for plenary deliberations.

During Wednesday’s session, Senator Risa Hontiveros endorsed for plenary approval Senate Bill No. 2449, which seeks to amend Republic Act No. 9208 as amended by Republic Act No. 10364 or the Anti-Trafficking in Persons Act.

In her sponsorship speech, Hontiveros, chairperson of the Senate Committee on Women, Children, Family Relations, and Gender Equality, recalled stories of human trafficking that were tackled during her panel’s previous hearings.

(There’s Carina, a minor who fell victim to a sex trafficker who sold her off to Chinese clients working in POGOs.)

READ: Sex on the menu for Pogo workers

She also mentioned “Omaima,” whose passport details were altered by recruiters to make her appear 10 years older than she actually is.

She was trafficked to Syria in 2008 when she was only 16 years old.

(She was brought to another country where she faced abuse and suffering.)

READ: Made to travel with fake passports, Filipina teens fall victim to trafficking in Syria

Hontiveros also recounted the ordeal of “Diana,” who was trafficked to Syria and was forced by her recruiters to abort her baby.

(She is an example of the disgusting effect of trafficking, especially on women.)

“It is for them—and for the people and stories and realities they represent—that we sponsor this important bill today. A bill that is also a LEDAC (Legislative Executive Development Advisory Council) priority measure and one of the highest urgency,” she further said.

According to Hontiveros, among the key provisions of the measure is making accountable internet intermediaries which “knowingly [allow] their infrastructure to be used for acts of trafficking of victims of all ages.”

“Second, it introduces additional aggravating circumstances, notably when the crime is committed during a crisis, a public health concern, this includes a pandemic, a disaster, a humanitarian conflict or emergency situation, or when the trafficked person is a survivor of the same,” she added.

The measure, she added, also provides additional tools for law enforcers to pursue human traffickers, particularly when the violations involve the use of the internet and digital platforms.

“An example is providing law enforcers the capacity to access non-content data, such as subscriber information and traffic data, upon formal request to internet intermediaries. To note, content data will still require a warrant,” Hontiveros explained.

“Lastly, it increases the duties of local government units in providing recovery and reintegration support to trafficked persons and their families. This is consistent with the planned devolution of anti-trafficking measures from the DSWD (Department of Social Welfare and Development) to local government units,” she said.

Senator Sherwin Gatchalian, chairman of the Senate basic education committee, co-sponsored the measure and stressed the need for stronger actions against trafficking in persons.

“In a nutshell, we are strengthening Republic Act No. 9208, as amended by Republic Act No. 10364, to provide standards and guidelines on surveillance, interception, investigation, and prosecution of different forms of human trafficking, including sexual exploitation, prostitution, forced labor, slavery, and removal or sale of organs, among others,” he said.

In co-sponsoring the bill, Gatchalian said children are the “most vulnerable” to trafficking crimes in the Philippines.

“The U.S. State Department’s 2021 Trafficking in Persons report on the Philippines showed that most of the 73 traffickers convicted under the anti-trafficking act and related laws in 2020 subjected children to sex trafficking, with 25 of them sexually exploiting children online,” he pointed out.

“The figure is thrice the 426,000 reported in 2019. While the National Bureau of Investigation clarified that these reports do not reflect actual cases of OSAEC, these figures are nonetheless alarming for a country which the UNICEF identified as the global epicenter of the live-stream sexual abuse trade,” he added.

Further, Gatchalian said that learning challenges amid the pandemic have led children to become more vulnerable to OSAEC.

“In January this year, we heard alarming reports of students selling lewd images and videos to raise funds for their distance learning expenses,” he noted.

“This representation has called on the Department of Justice and the Philippine National Police to probe these incidents and strengthen their crackdown on OSAEC. To our gratitude, their response was swift,” he added.

“When this matter caught the attention of the Executive Branch, Cabinet Secretary Karlo Nograles relayed the President’s call to Congress to prioritize amendments to our anti-trafficking laws,” Gatchalian further said.