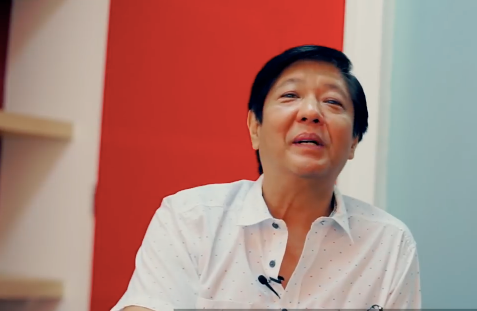 MANILA, Philippines — The camp of presidential aspirant Ferdinand Marcos Jr. has opted to ignore President Rodrigo Duterte’s jabs, calling the son of a former dictator a “weak leader” and a “spoiled child.”

(Marcos’ respect and regard for the President have not changed.)

Duterte earlier belittled Bongbong as a “weak leader” as he rejected a possible alliance with Lakas-CMD, the party of Davao City Mayor Inday Sara Duterte-Carpio, the running mate of Marcos Jr.

“No. No, I cannot. Because andiyan si Marcos, e, (the party includes Marcos)” Duterte said.

“Hindi ako bilib (No trust in him) . He is a weak leader. Totoo yan, di ako naninira ng tao. Talagang weak kasi spoiled child, only son (It’s true, I’m not disparaging anybody. He’s just a weak and spoiled child, the only son of the family),” the President added.

He further called Marcos a “weak leader who has baggage.”

Duterte earlier named Marcos as behind his daughter Sara’s decision to run for vice president, a decision he admitted he “did not like.”

READ: Duterte baffled by Sara’s decision to run for VP

The President has shown his support for the presidential bid of his long-time aide-turned-senator Bong Go and expressed wanting his daughter to be Go’s running mate.

He even endorsed the tandem of Go and Sara to a meeting with lawmakers.