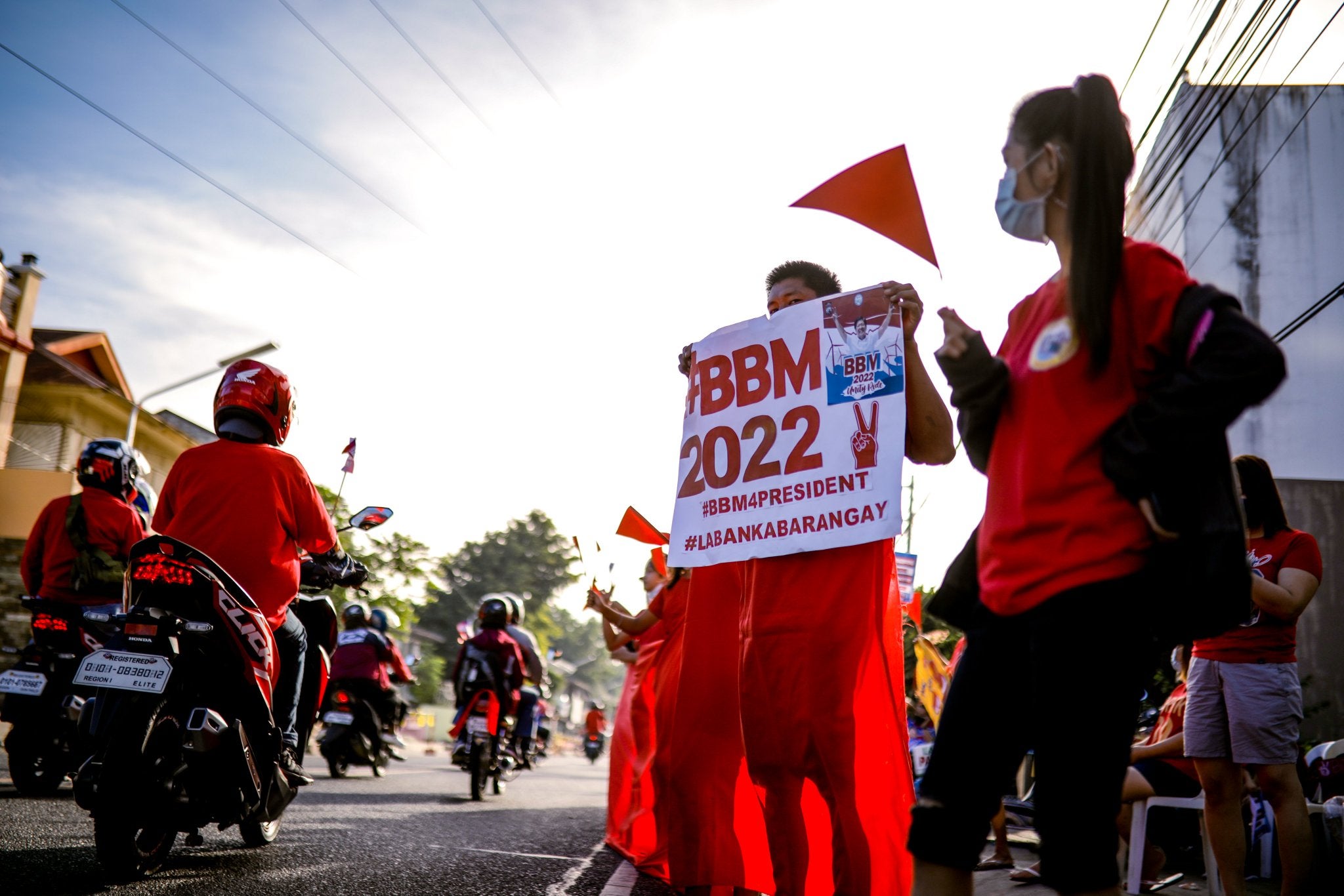 LAOAG CITY, Ilocos Norte—At least 100,000 individuals came together during a ‘unity ride’ organized by the supporters of presidential aspirant Ferdinand ‘Bongbong’ Marcos, Jr. in his bailiwick in Ilocos Norte on Sunday, November 21, according to the organizers of the event.

Ryan Remigio, member-coordinator of the ‘Team BBM 2022’, said during a phone interview that the headcount came both from the estimate of the provincial Philippine National Police (PNP) and event organizers.

He said that the caravan lasted for seven hours – from 5:10 a.m. to 12:05 p.m., spanning at least 98 kilometers. It took off at Paoay town after Governor Matthew Marcos Manotoc and Vice Governor Cecilia Araneta Marcos, relatives of Marcos Jr., greeted the riders.

From Paoay, the convoy followed a designated path going to Currimao, Batac City, San Nicolas, Sarrat, Bacarra, and then ended at the capital city of Laoag. Each town and city where the motorcade passed had groups who merged into one convoy going to the bypass road in Laoag City.

The turnout on Sunday went beyond the 30,000 individuals who pre-registered to join the activity, Remigio Said, adding that at least 300 motorcycle associations participated.

He said that the unity ride was initiated after motor groups in Ilocos Norte were inspired by the success of the earlier caravan in the nearby Ilocos Sur province on November 7.

From there, they volunteered to hold a caravan in Marcos Jr.’s home province, with the Team BBM offering a “common venue” to the hundreds of groups to facilitate and make the event possible.

The caravan was originally set for motorcycle enthusiasts, but organizers decided to include four-wheel vehicles. The motorcade on Sunday comprised 90 percent of motorcycles, said Remigio.

Those who participated in the caravan were connected together by “our love and support for BBM,” said Remigio.

“This is [caravan] very important…para palakasin din yung loob niya kasi mahirap din yung situation niya ngayon na maraming humihila since frontrunner siya (to give him strength because his situation is difficult due to detractors pulling him down since he is a frontrunner),” he said.

Both Remigio and PNP officials said that there were no reported “untoward incidents” during the caravan.

Remigio said that volunteers had started to work on the holding of another caravan for bicycles on November 30 where supporters from Ilocos Norte and Ilocos Sur will pedal their way at the boundary dividing the two provinces.