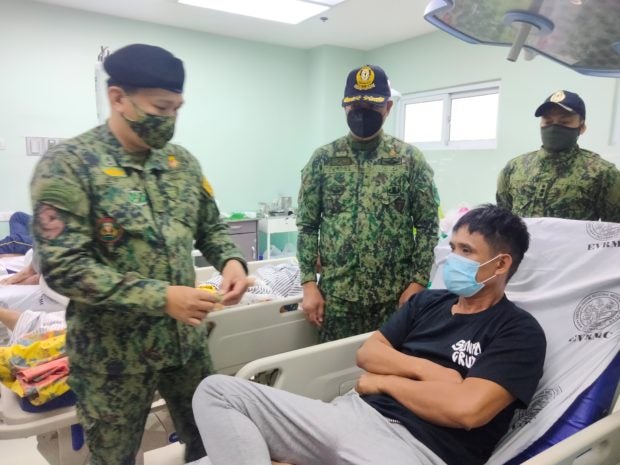 “My order to them is to rest and immediately recover,” Carlos said.

Carlos also paid his respects to SAF commandos Patrolmen Franklin Marquez and Jimmy Caraggayan who were killed in the encounter.

Marquez, Caraggayan, and the wounded commandos were among 18 SAF troopers who were on a combat mission when they encountered the NPA rebels in Barangay Lonoy of Gamay town in Northern Samar last Saturday.

The NPA rebels detonated their improvised explosive devices during the ambush.

Carlos said the fight against the communist rebels will continue.

“We will not stop until we accomplished our objective,” he said.