Chaos at Atlanta airport as passenger gun goes off, 3 hurt 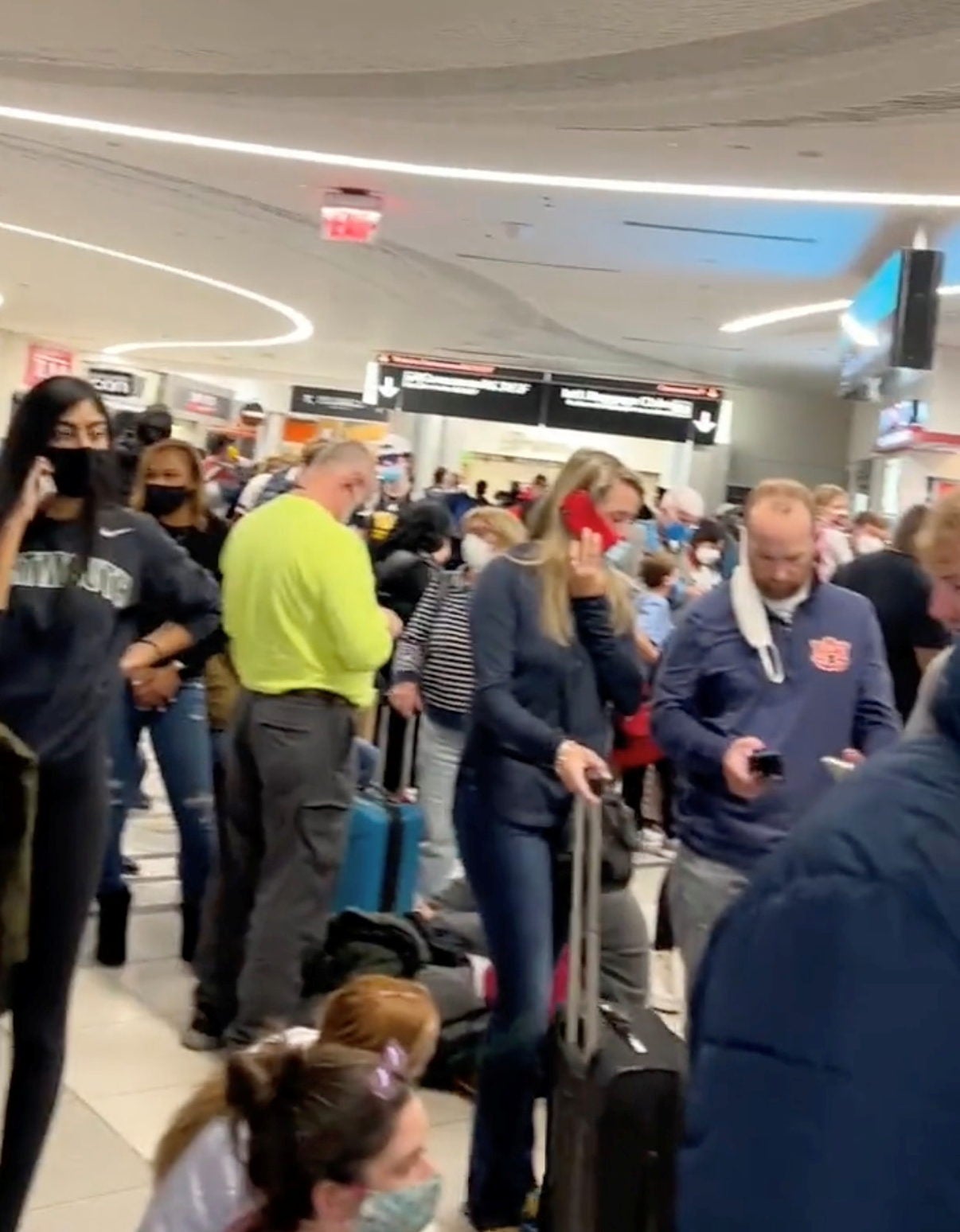 A gun owner fled after his weapon fired by accident at Atlanta’s airport, sending terrified travelers bolting onto the tarmac on Saturday, with no one seriously injured but halting flights during the busy Thanksgiving holiday period.

About two hours after the 1:30 p.m. blast in the security screening area at Hartsfield-Jackson Atlanta International Airport, officials gave an “all-clear” and flights resumed, the hub said on Twitter.

The gun discharge occurred at about 1:30 p.m. when a screening point employee was conducting a bag search “due to a prohibited item identified by the X-Ray,” the TSA said in a statement.

“He advised the passenger not to touch the property, and as he opened the compartment containing the prohibited item, the passenger lunged into the bag and grabbed a firearm, at which point it discharged,” the TSA said.

The gun owner fled from the airport, although “he was not allowed to go,” airport spokesman Andrew Gobeil told CNN.

Gobeil said that authorities were trying to locate the gun owner.

“Because he was in the process of being screened, we have all his information,” Gobeil said.

Immediate fear that an active shooter had opened fire gripped the crowd, which rushed out of the terminal and onto the tarmac.

“More and more people started running – there was screaming,” said traveler Erika Zeidler, who sent photographs to CNN showing dozens of people scrambling onto the tarmac, some pulling suitcases.

Hartsfield-Jackson was the world’s busiest airport in 2021, according to aviation analytics provider Official Airline Guide (OAG).

The Atlanta airport was expected to be particularly busy during the Thanksgiving travel period, with prepandemic-size crowds expected at security checkpoints from Friday, Nov. 19 through Sunday, Nov. 28, the TSA said.

“Officials have given an all-clear for #ATLAirport and normal operations are beginning,” the airport tweeted at 3:24 p.m.

A record number of firearms were seized at U.S. airport checkpoints in just the first nine months of 2021, the TSA said.

Nationwide, TSA officers have stopped 4,495 airline passengers from carrying firearms onto their flights, surpassing the 4,432 firearms caught throughout 2019.

In Atlanta alone, there were 450 firearms detected at airport checkpoints in 2021.