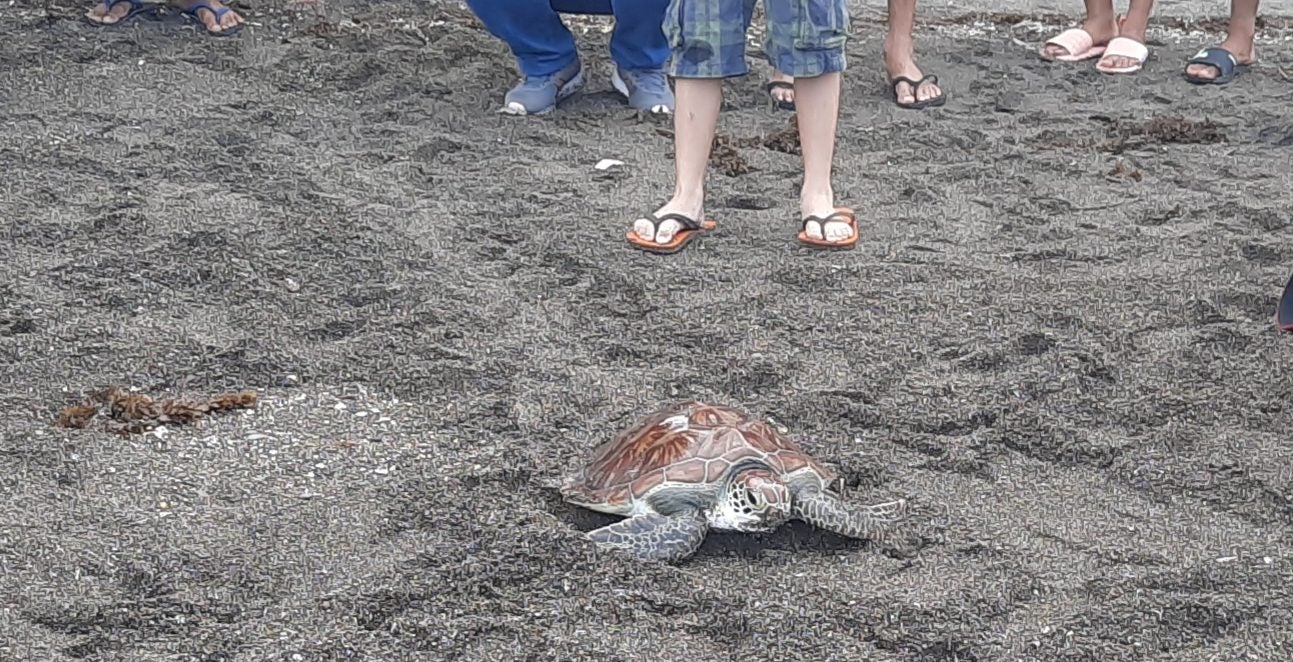 A green sea turtle crawls back to sea after it was rescued by a fisherman from a fishnet in Linamon, Lanao del Norte on Nov. 18. RICHEL V. UMEL

LINAMON, Lanao del Norte—A juvenile green sea turtle (Chelonia mydas), which is listed by conservationists as endangered, was freed and returned back to the wild on Thursday (Nov. 18) after it was trapped in a fishnet.

Linamon municipal councilor Gilbert Lacida Jr. said a fisherman turned over the turtle to local authorities at around  11 a.m. saying he saw it entangled in a fishnet in the coastal village of Magoong.

Alleson Daroy, personnel at a wildlife rescue center in Iligan City, estimated the juvenile turtle to be around a year old, and measures 17 inches long.

Daroy said the turtle was in good condition. 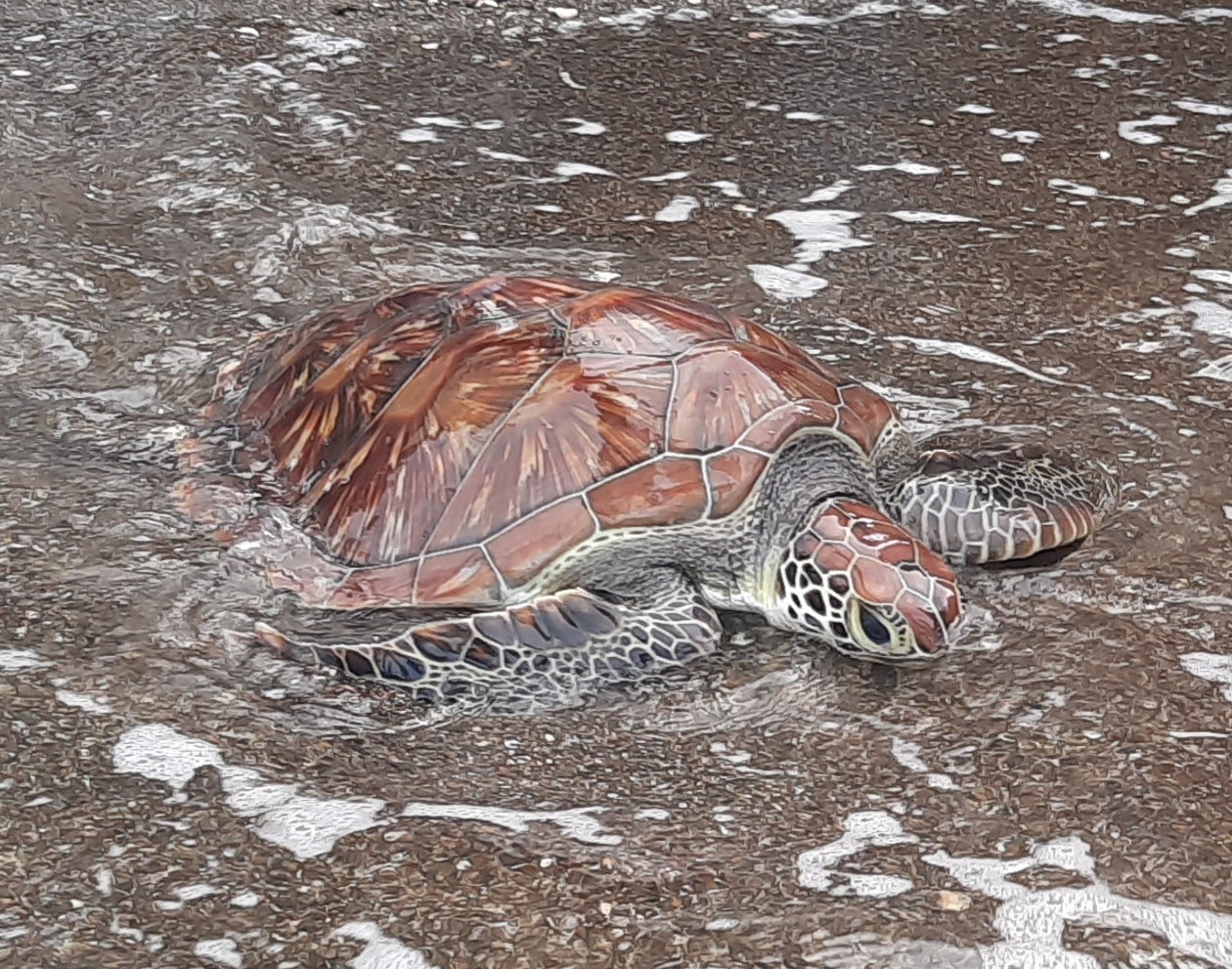 In the presence of some fisherfolk headed by Dondon Comeda, authorities released the turtle back to the sea at past 3 p.m.

Daroy said the Iligan Bay coastal stretch between Linamon and Dalipuga village in Iligan City, a distance of some 25 kilometers, is a known local habitat of turtles.

Happy Malacas, a member of the Lanao Divers Club, recalled that a turtle was seen in the coasts of Poblacion Linamon last October during a coastal cleanup drive participated by scuba divers from the Police Regional Office 10 led by Brigadier General Rolando Anduyan.

Mayor Randy J. Macapil urged residents to dispose of their  garbage properly so that plastics would not end up in the sea and endanger the life of turtles and other marine life in Iligan Bay.