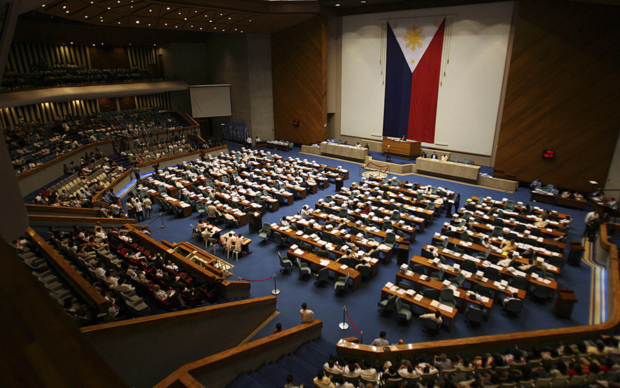 Session hall of the House of Representatives during pre-pandemic period. FILE PHOTO

MANILA, Philippines — The House of Representatives, through a memorial service on Thursday, honored lawmakers, as well as administrative and congressional staff who died in 2021 amid the COVID-19 pandemic.

Apart from the said lawmakers, 26 other members from past Congresses and 23 House employees who died in 2021, were also honored during the memorial service held at the plenary session inside the Batasang Pambansa complex in Quezon City.

The legislative chamber traditionally holds necrological services for each legislator but opted to organize a single memorial service honoring those who died these past few months due to the COVID-19 pandemic.

Meanwhile, Velasco, in his eulogy, said the memorial service was offered not only to mourn but also celebrate the lives of departed House members and employees.

“We cherish the moments they spent on public service, crafting relevant laws, engaging in plenary debates, touching the lives of their constituents, especially the poor and the deprived,” Velasco said.

“We cherish those moments because it made our lives a little better than it was. The Philippines is all the richer because you, their family, shared their life with us,” he added.

Velasco then presented the framed Oath of Office, Legislative Performance Record and Resolution of Condolence to the families and allies of the five deceased House members.

The House chief also presented legislative memorabilia to the families of the following former House members:

Likewise, Velasco also presented the House offering of legislative memorabilia to the families of the following former House employees: