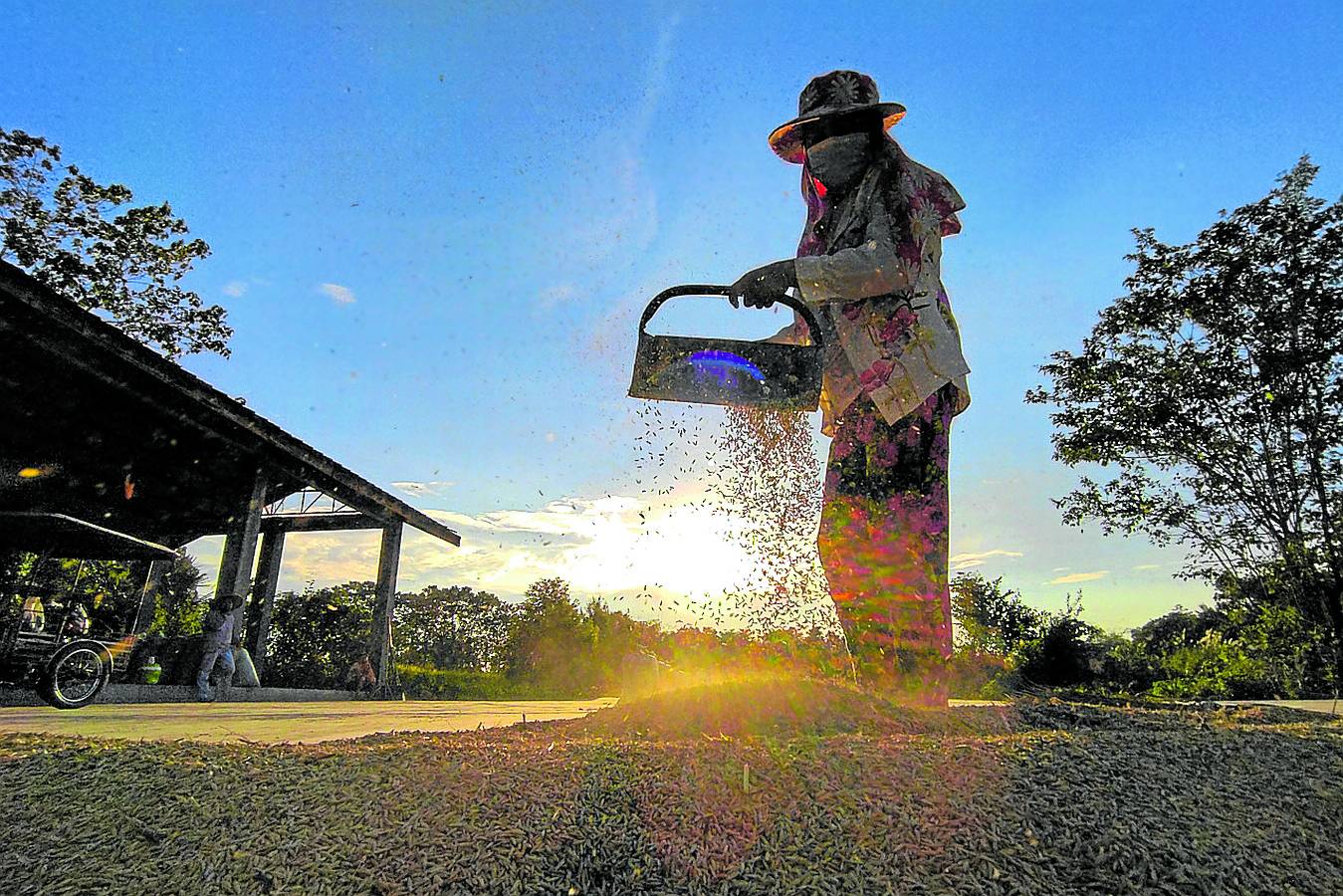 (FILE) PREDAWN TASK During harvest season, rice farmers are usually up before daybreak to collect and store dried “palay” for hulling and milling.  — RICHARD BALONGLONG

MANILA, Philippines — The Department of Agriculture (DA) on Thursday said it has distributed over P186.81 million in interventions to rice farmers in South Cotabato earlier this week.

The release of funds, which took place from Nov. 16 to 17, is aligned with the department’s Rice Competitiveness Enhancement Fund-Rice Farmers Financial Assistance (RCEF-RFFA) Program.

The RCEF-RFFA seeks to help over 13,000 South Cotabato-based rice farmers using lands of 2 hectares or less by giving them P5,000 worth of direct cash assistance.

Meanwhile, more than 1,100 beneficiaries from the municipality of Tantangan, the first to receive the cash aid, stand to receive a total of P5.62 million.

According to the Rice Tariffication Law (RTL), some P10 billion in tariff revenues are earmarked for the RCEF, while excess collections are allocated to four national programs including the RFFA.

Dar said the RTL has contributed to the country’s improving rice production, noting a harvest of 19.4 million metric tons last year despite the pandemic.

DA statistics show that local production of rice met 85 percent of the country’s total requirement, higher than the 78.8% self-sufficiency level recorded the year before.

This marks the first time the Philippines has registered an increase in its rice sufficiency level after three straight years of decline.

This year, the DA hopes to hit a new record of over 20 MMT in terms of rice production.