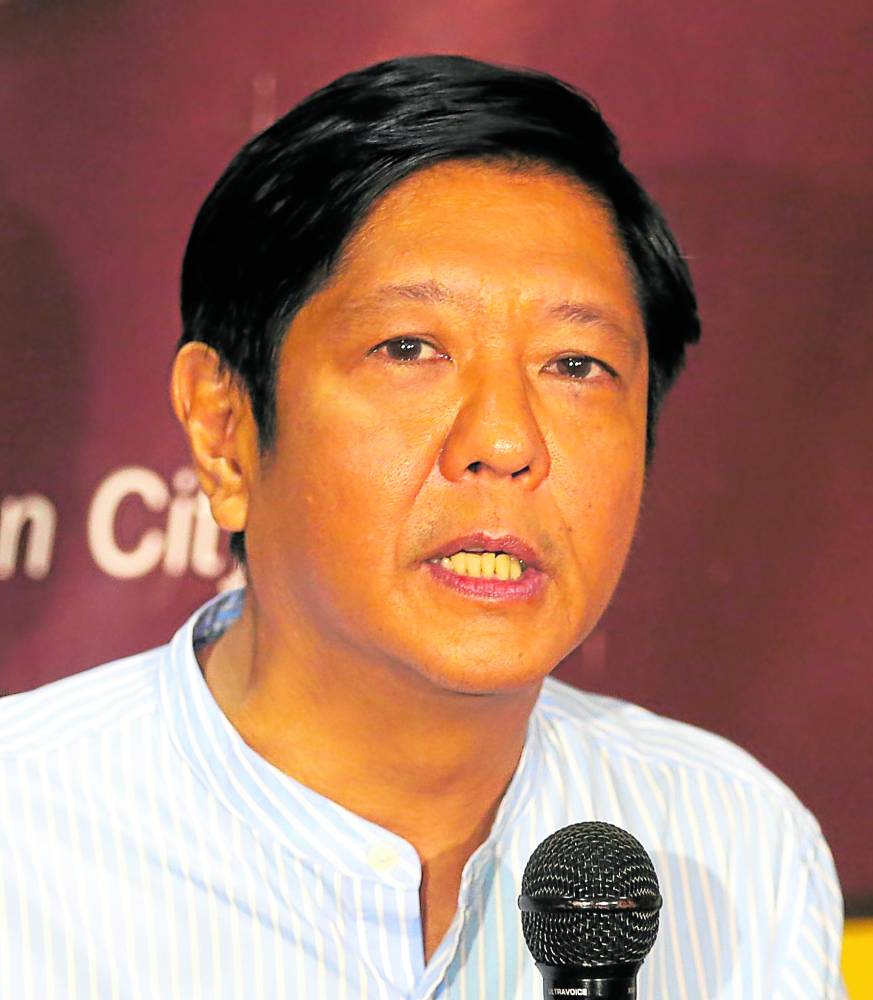 MANILA, Philippines — The camp of presidential aspirant former senator Ferdinand “Bongbong” Marcos Jr. on Thursday dismissed the petitions to disqualify (DQ) him from the 2022 presidential race as “cheap political gimmicks.”

Marcos spokesperson Vic Rodriguez issued the statement in light of a fresh petition filed before the Commission on Elections (Comelec) opposing the candidacy of the son and namesake of former dictator Ferdinand Marcos.

So far, three petitions to have Marcos disqualified from the presidential race have been filed before the poll body.

“These are cheap political gimmicks from the same people who do not want the country to move ahead and get out of the pandemic,” Rodriguez said in a statement.

“They refuse to elevate political discourse and instead resort to dirty campaigning, character assassination, and mudslinging,” he added.

Rodriguez pointed out that the Comelec has no jurisdiction to “review, amend, modify, or nullify decisions of the Commission of Appeals (CA).

The new petition, like the first two, claimed that the 1997 conviction of Marcos by the CA for failure to file income tax returns from 1982 to 1985 is a clear ground to disqualify him from running for public office. They also claimed that Marcos made a “material misrepresentation” in his certificate of candidacy (COC) by claiming he was eligible to run.

“Elections are fought and won on election day through the ballots. And surveys or voters’ test polls are the gauge of the candidates’ standing and a guide to win the electorate,” he added.

A group of activists, the Campaign Against the Return of the Marcoses and Martial Law (Carmma), whose members were imprisoned during Martial Law, have asked Comelec through a petition to disqualify Marcos on the grounds that he was barred from running for public office for life because of his conviction for tax evasion.

The group warns that allowing Marcos to run “would render difficult, if not impossible, any unclaimed human rights reparations, the recovery of the bulk of the ill-gotten wealth plundered by the Marcoses and their cronies during the years in power of the dictator Marcos Sr.”

The candidacy of Bongbng Marcos also “might lead to a whitewashing and further proliferation of historical revisionism of the gravely inhumane abuses and extremely grand corruption committed during the Marcos dictatorship,” they added.

The Comelec is set to hear the first petition to cancel Marcos Jr.’s COC on Nov. 26.

The first petition was filed on Nov. 2 by activist groups that claim that Marcos made a “material misrepresentation” in his COC by claiming he was eligible to run when in fact he had been convicted of tax offenses in 1995, which disqualified him from voting or from seeking public office.

Marcos has five days from receipt of the summons to formally respond to the petitions, the Comelec said.

On Nov. 12, the Comelec said it has already issued summons for the petitions against Marcos Jr.

Marcos was convicted by the Quezon City Regional Trial Court in 1995 for failure to file income tax returns and pay income taxes from 1982 to 1985 while he was governor of Ilocos Norte during his father’s martial law rule.

The Court of Appeals in 1997 upheld the conviction and the fines imposed by the trial court but removed the seven-year prison term.

The conviction became final after Marcos withdrew his appeal before the Supreme Court in 2001.