Comelec to hear petition vs Marcos on Nov. 26 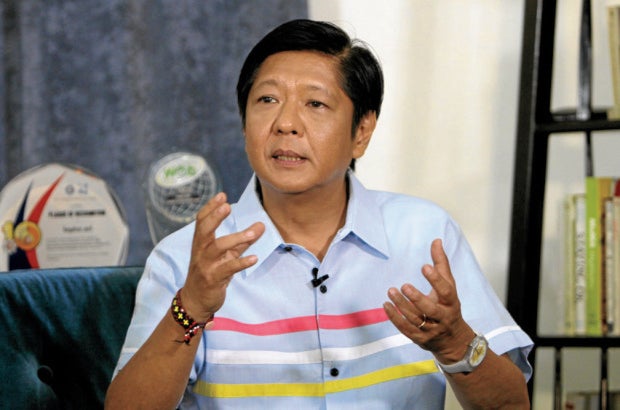 MANILA, Philippines — The Commission on Elections (Comelec) will hear the petition to cancel the certificate of candidacy (COC) of presidential aspirant Ferdinand Marcos Jr. on Nov. 26.

The Comelec’s Second Division set the schedule for the conference when it issued the summons to Marcos last week.

Elaiza David, director of Comelec education and information department, said the hearing would be conducted by video conference.

Marcos has five days from receipt of the summons to formally respond to the petition filed on Nov. 2 by activist groups during the dictatorship of his father, the late President Ferdinand Marcos.

The petitioners said Marcos made a “material misrepresentation” in his COC by claiming he was eligible to run when in fact he had been convicted of tax offenses in 1995, which disqualified him from voting or seeking public office.

The conference on Nov. 26 may be attended by the parties themselves or by their lawyers.

Afterwards, the parties will be given three days to submit their memoranda containing their arguments and evidence.

David said there was a protocol for when the division has to resolve cases brought before it.

“There’s the protocol but the commissioners of that division might need more time to resolve it. We can’t say [when it will be resolved]. Hopefully, within the year,” she told reporters on Monday.

The petitioners have pointed out that the 1997 National Internal Revenue Code Section 253 penalizes public officials and employees who are convicted of tax offenses with perpetual disqualification from voting and holding public office.

Marcos was convicted by the Quezon City Regional Trial Court in 1995 for failure to file income tax returns and pay income taxes from 1982 to 1985 while he was governor of Ilocos Norte during his father’s martial law regime.

The Court of Appeals in 1997 upheld the conviction and the fines imposed by the trial court but removed the seven-year prison term.

The conviction became final after Marcos withdrew his appeal before the Supreme Court in 2001.

Read Next
Lacson hits use of gov’t programs by politicians
EDITORS' PICK
Smart offers wireless fiber-like speeds to Filipino homes with country’s first 5G Prepaid Home WiFi
Pharmally’s Twinkle Dargani in tears when asked about missing documents
Corruption in PH: Where presidential aspirants stand
Two more sites at Robinsons Malls for temporary offsite passport services
BIR audits tax compliance of Pharmally
Holidays made best with Acer’s ‘Holidays at Home’ raffle promo
MOST READ
Roque ‘hurt’ after presidential aspirant did not adopt him in Senate lineup
Gordon: ‘How dare you ask for Filipinos’ vote when you failed them?’
Pharmally’s Twinkle Dargani in tears when asked about missing documents
WHO chief scientist say Omicron is very transmissible
Don't miss out on the latest news and information.