Pacquiao says he has no questionable wealth; vows to fight corruption 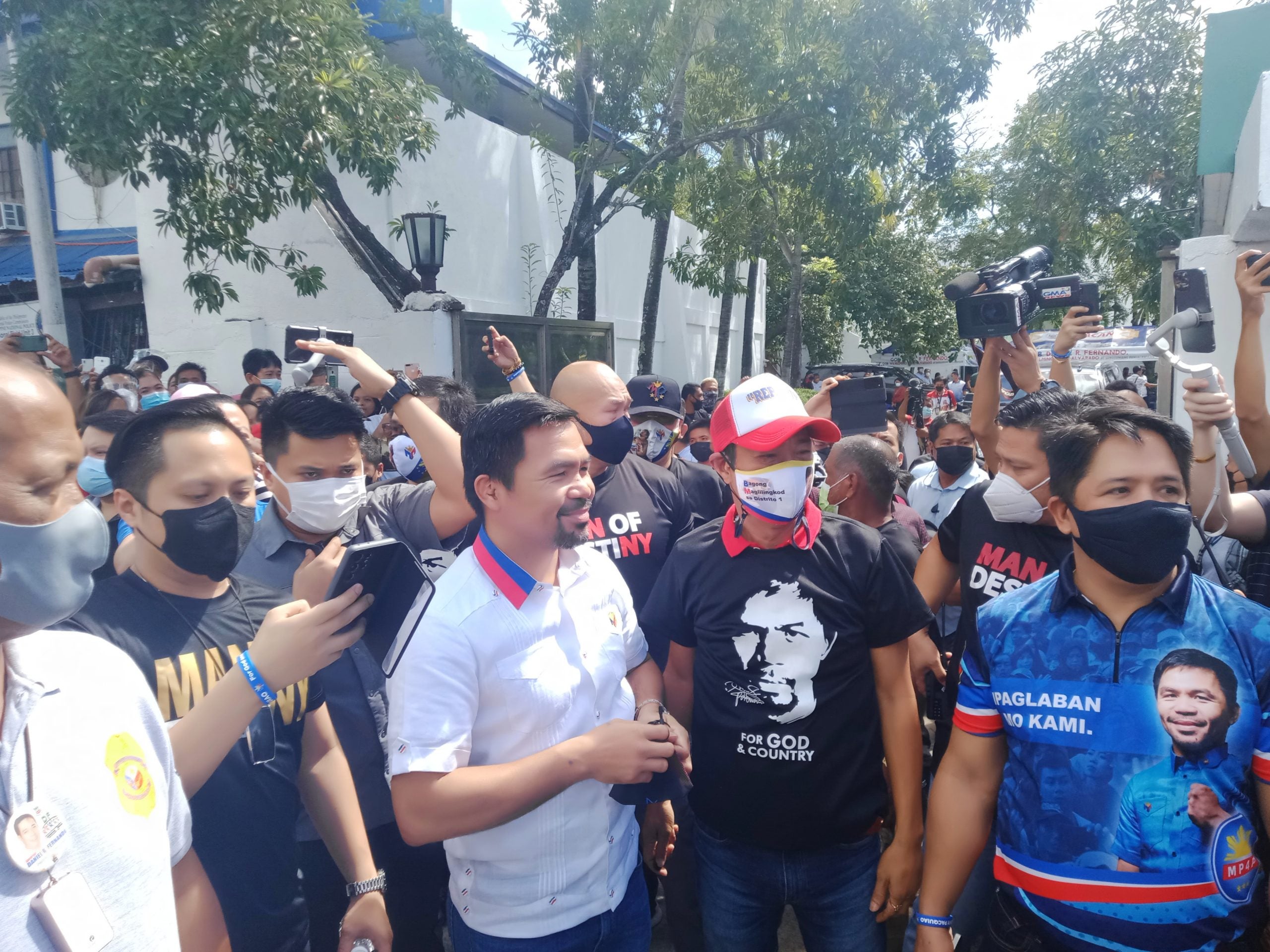 Senator Manny Pacquiao in one of his provincial visits. Photo Carmela Reyes-Estrope

CITY OF MALOLOS—Presidential aspirant and Senator Manny Pacquiao on Wednesday (Nov. 17) took a swipe at other candidates who have “questionable” wealth as he visited the province of Bulacan.

Pacquiao, a retired boxing champion, paid a courtesy call to Gov. Daniel Fernando and held a press conference where he told reporters that no one could question how he managed to buy expensive clothes and watches unlike other individuals running in the 2022 elections.

Pacquiao vowed to bring “real change” and reform against corruption, and improve the economy by encouraging foreign investors, some of whom are his friends.

This way, he said, Filipinos would have jobs, especially those who were displaced by the pandemic.

Pacquiao also described the government’s handling of the COVID-19 crisis as “something I can’t be proud of.”

Fernando said he would welcome any presidential candidate in the province, noting that Senator Ping Lacson, former Senator Bongbong Marcos Jr. and the staff of Vice President Leni Robredo had already paid him a visit recently.