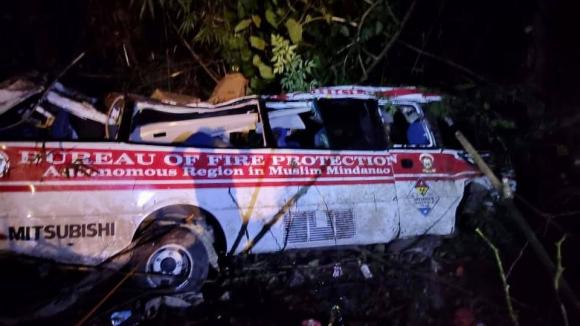 The ill-fated vehicle after falling off a cliff Tuesday night in Alamada, Cotabato (BFP-BARMM)

MIDSAYAP, Cotabato––A lawyer of the Commission on Audit (COA) died and 13 others were injured Tuesday when a coaster van they were riding on fell off a cliff in Alamada town in Cotabato province.

The accident happened in Barangay Barangiran around 6 p.m., in an accident-prone portion of the national highway stretch between Wao, Lanao del Sur and Libungan, Cotabato.

The victims were aboard a van of the Bureau of Fire Protection in the Bangsamoro Autonomous Region in Muslim Mindanao (BFP-BARMM). The vehicle was headed for Cotabato City from Wao, where they conducted an Operational Readiness Site Inspection. 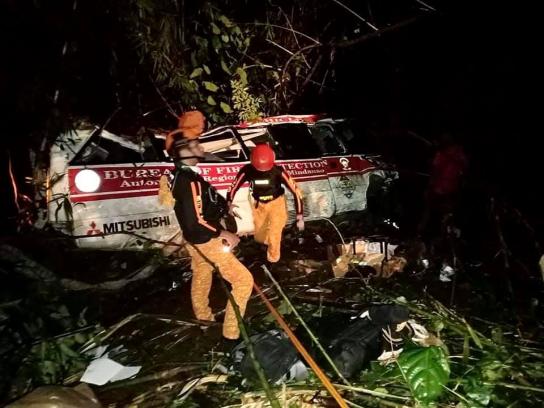 The ill-fated vehicle after falling off a cliff Tuesday night in Alamada, Cotabato (BFP-BARMM)

Of the 13 injured, 12 were BFP personnel, while one was from COA. They are now undergoing treatment in a hospital in Alamada.

Espinoza said an initial investigation showed that the brake system of the coaster van had malfunctioned, causing the driver to lose control of the vehicle while it was negotiating a steep downward road.