Sotto: Duterte should disclose his SALN 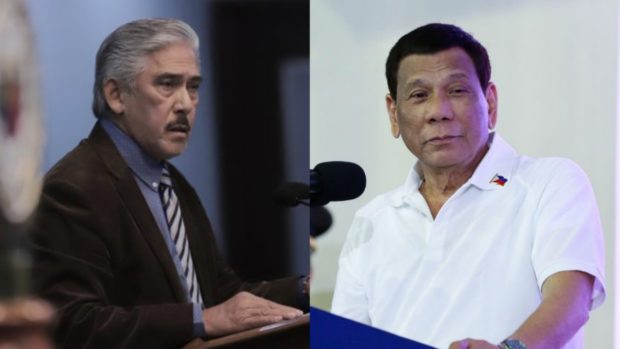 “Yes, I think so. He is the president. The people expect transparency in their leaders,” Sotto told ABS-CBN News Channel’s Headstart when asked if he thinks Duterte’s SALN should be made public.

Duterte’s last publicly accessible SALN was in 2017 where he declared a net worth of P28.5 million. Despite requests to disclose the document, the President’s 2018 and 2019 SALNs have yet to be made public.

In defense, Malacañang said Duterte is leaving it up to the Office of the Ombudsman to release his SALNs to the public. However, in September last year, the Ombudsman issued a memorandum circular limiting the instances when a public official’s SALN could be accessed by a requesting party.

Meanwhile, Sotto said the public disclosure of SALNs for electoral aspirants should “perhaps” be “voluntary.”

Sotto was reacting to the suggestion of Sorsogon Gov. Francis “Chiz” Escudero, a senatorial aspirant, that candidates seeking posts in the 2022 national and local elections should disclose their SALNs.

Sotto, however, said that making this a requirement for candidates may be declared unconstitutional by the Supreme Court, similar to how the high court rejected the mandatory drug testing for candidates.

“Remember, in the Dangerous Drugs Act, I placed there a provision that all candidates must undergo drug testing. The Supreme Court shut it down and said it was unconstitutional because in the Constitution, it only says you have to be a Filipino citizen and know how to read and write,” said Sotto.

“So that will fall under that category. Kapag sinabi natin na lahat ng kandidato kailangan magfile ng (If we say all candidate should file) SALN, if somebody questions that to SC, meron nang jurisprudence (there is jurisprudence already). The SC will call it unconstitutional. So it has to be voluntary, perhaps voluntary or perhaps it’s up to the candidates,” he added.