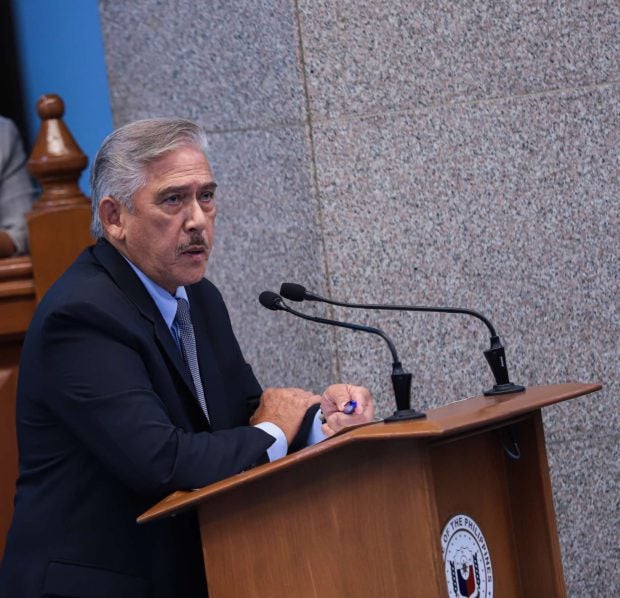 MANILA, Philippines — The Senate may begin tackling bills that aim to ban substitution for electoral aspirants who voluntarily withdraw their candidacy, Senate President Vicente “Tito” Sotto III said Tuesday, but discussions may only be after the chamber has finished discussing the proposed 2022 national budget.

“We might be able to amend, I don’t know, not anymore for this particular elections, [because it’s] too late. But perhaps the new Congress would be able to tackle that, or we might even be able to do that after we tackle the budget. There are two or three bills filed eh,” Sotto told ABS-CBN News Channel’s Headstart.

“Baka sakali (We might discuss that). They are on the back burner right now because of the budget, but we might be able to take that and remove that option,” Sotto added.

For Sotto, politicians who want to run in the elections should file their certificates of candidacy (COC) within the normal timeframe.

“If you are prepared, you are ready to run for any particular position, magfile ka (file a COC). Kapag nagdi- dilly-dally ka, nagtatagal tagal ka, hindi ka sigurado (If you are dilly-dallying, you are not sure), I don’t think the people would like leaders who are undecided,” he said.

The filing of COCs for the 2022 elections happened from October 1 to 8. However, several politicians opted for last minute filing of COCs through substitution that was allowed until November 15.

The Comelec earlier said it recorded 10 aspirants who substituted for those who withdrew their COCs for national elective posts. Comelec spokesperson James Jimenez earlier said it is time to impose regulations on substitution so that it will not be done “on a whim.”