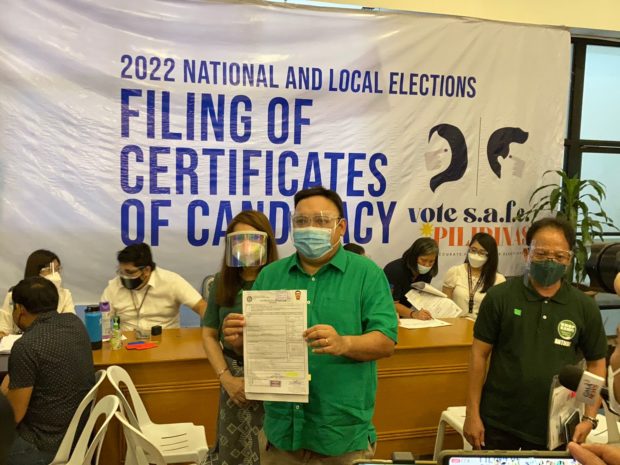 MANILA, Philippines — Former presidential spokesperson Harry Roque lodged his certificate of candidacy (COC) for senator in the 2022 elections on Monday, the Commission on Elections’ (Comelec) deadline for candidate substitution.

Roque, who will run under the People’s Reform Party, personally filed his COC at the Commission on Elections central office in Intramuros, Manila.

He earlier declared that he would only seek a Senate seat if President Rodrigo Duterte’s daughter, Davao City Mayor Sara Duterte-Caprio will likewise run for a national position.

Duterte-Carpio has filed her COC for vice president under Lakas-CMD, substituting for Lyle Uy.