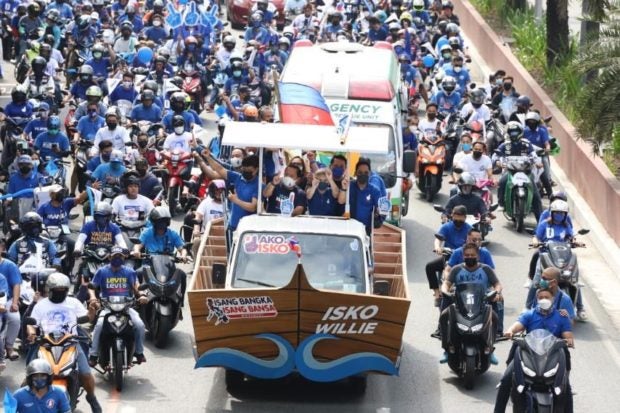 In the National Capital Region, more than 5,000 motorcycle riders and supporters in around 500 cars and vehicles participated in what organizers billed as “The 2nd Blue Wave Caravan.”

In Cebu City, more than 500 members of PRIMO-Isko Cebu, led by Eduard Ligas lined up along the sidewalks of the  Mandaue-Mactan Bridge with posters and placards expressing their support for the Moreno –  Ong tandem.

Some supporters on board motorcycles, meanwhile, went around the major thoroughfares in Cebu City in support of the ongoing Blue Wave Caravan in Metro Manila.

Moreno and his Aksyon Demokratiko Senate slate was in Cebu province last week as part of their listening tour with focus on ordinary people.

Moreno’s supporters and volunteers in Manila assembled at the Zaragosa Road 10 South-bound lane as early as 5 a.m.

The sunny weather ensured the participation of the more than 2,000 motorcycle riders who are mostly Tondo residents and high school classmates of Moreno.

Participants in blue virtually  turned the caravan route into a “sea of blue.” Blue is the official color of the Moreno camp as well as his fellow Aksyon Demokratiko bets. 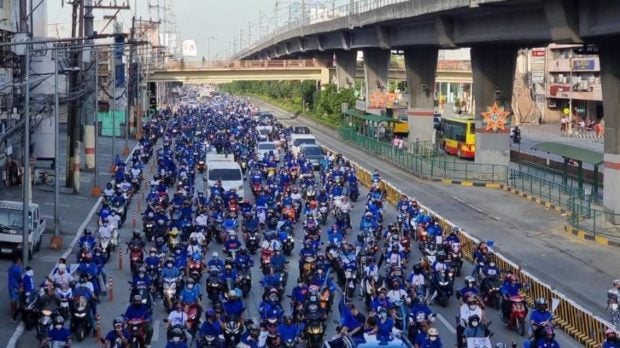 From Road 10, the “Blue Wave Caravan” proceeded to Circumferential Road 4 and on to the Bonifacio Monument in Caloocan City.

The motorcade then traversed the south-bound lane of Edsa all the way to Roxas Boulevard in Pasay City.

By 10 a.m,, hundreds of supporters and spectators lined Roxas Boulevard in Manila to show their support for Moreno.

The  “Blue Wave Caravan” ended in Zaragosa – Road 10 where they started.

Last November 8, about 50 pastors and leaders from different Christian denominations led by Bishop Sherween Eslava, took their oath before Moreno and offered an ecumenical prayer for the mayor and his campaign team.

Other groups who also took their oath of support include Ikaw and Ako Isko Tayo Youth and Urban Poor sectors based in Taguig City and Pasig City, Youth Movement for Isko, and the gaming group Rumble Royale, which earlier shared its plan to organize online gaming tournaments to help promote the mayor to the youth and the gamers. 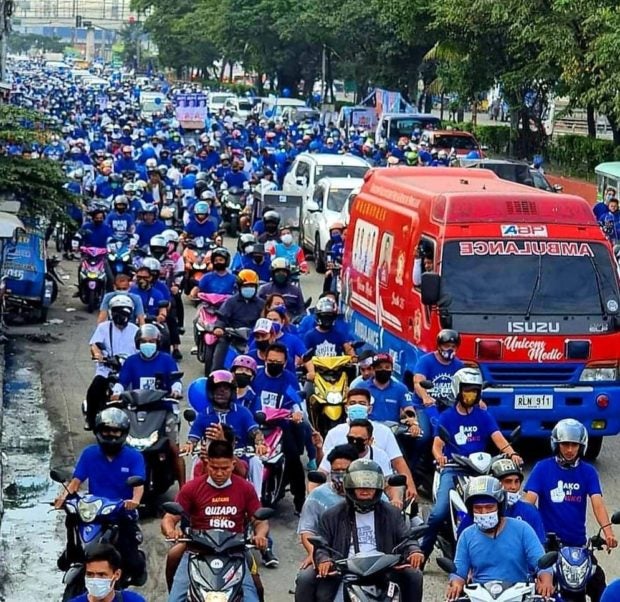 More groups are scheduled to be sworn in in the coming weeks by the Aksyon Demokratiko standard bearer, who is running on a platform of good, clean, transparent, and inclusive governance and leadership by example.