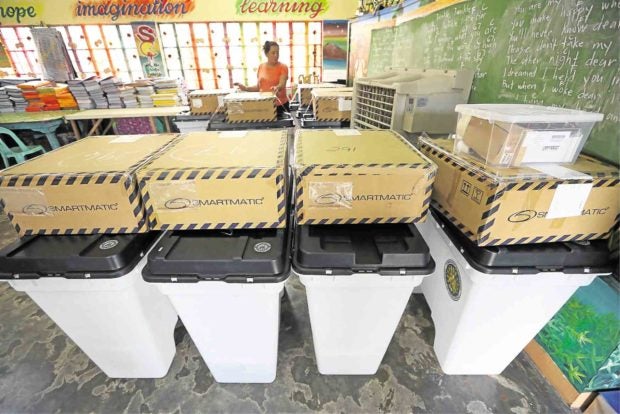 MANILA, Philippines — The Commission on Elections (Comelec) has reduced the amount of honoraria it approved for 2022 poll workers in June but will provide other allowances.

Based on the Comelec Resolution No. 10727 promulgated on November 10, the poll body said that an honoraria of P7,000 will be provided to the chairperson of the election board (EB), P6,000 to the members of the EB, P5,000 to the Department of Education supervisor official (DESO), and P3,000 for support staff and medical personnel.

The rates are lower that what Comelec and DepEd agreed on in June: P9,000 for chairpersons, P8,000 for education board members, P7,000 for DepEd supervisor officials, and P5,000 for support staff.

According to the latest  Comelec resolution, however,, the chairpersons and members of the EB, the DESO, and their respective support staff shall be entitled to a travel allowance of P2,000 each.

The agency said P1,000 is transportation costs on  the final testing and the other P1,000 is on election day.

The DESO and DESO Technical Support Staff are entitled to a communication allowance of P1,500 each. Members of the EB, DESO, and their respective support staff, medical personnel, and EAPP support staff will also receive P500 as anti-COVID-19 allowance.

“The honoraria and allowance mentioned… shall be paid within 15 days from the date of election,” the Comelec said.

The Comelec’s proposed budget for 2022 was cut from the previous P41.9 billion to just P26.4 billion.