Witnesses, including ‘survivor,’ point to ‘Bikoy’ in killing of 3 politicians in Albay — cops 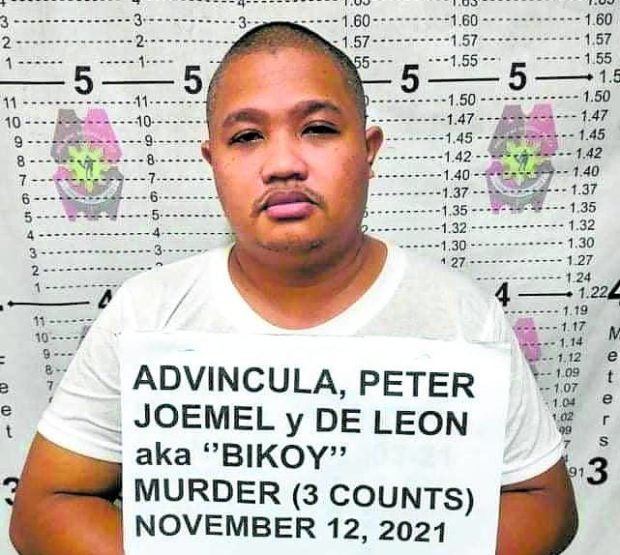 MANILA, Philippines — Peter Joemel Advincula, alias “Bikoy,” who became known for the infamous “Ang Totoong Narcolist” videos, was the one who reported the presence of dead bodies in his shop at Barangay Busay of Daraga town in Albay.

This was what local police said during a press conference streamed live on Facebook, after three local election candidates from Donsol, Sorsogon — Councilor Helen Garay, Kareen Averilla, 44, and Xavier Mirasol, 61 — were found dead in the ukay-ukay store (thrift shop) allegedly owned by Advincula.

Advincula is the primary suspect in the case.

According to Lt. Col. Bogard Arao, Daraga chief of police, Advincula did not know that a companion of the victims was already at the headquarters of the Police Regional Office (PRO-5) in Camp Simeon Ola in Legazpi City when he reported about the death of the politicians.

Arao explained that according to a witness, Advincula invited Garay, who hails from the suspect’s hometown, to a meeting supposedly for a political activity in the area in support of the candidacy of a national election candidate.

The police officer did not name the candidate, but reports said Advincula claimed to be holding a meeting for coordinators supporting former senator Bongbong Marcos.

Garay then brought along three other candidates with her, but they failed to set a meeting last Wednesday — the day they arrived at Daraga.  The next day, Advincula fetched them one-by-one, before bringing the politicians to a certain area where the meeting would supposedly be held.

But the fourth politician who survived was already wary of what happened as it was getting dark in the area, where she had to wait. Arao said that the survivor had grown suspicious of Advincula.

According to the survivor’s statements, she tried to ask Advincula where the others were, but the latter gave several answers. After this, she asked her husband to fetch her, and they immediately went to Camp Ola.

Despite these details, Arao said that they could not yet ascribe a possible motive against Advincula as investigation is still underway.

Advincula is being held after several eyewitnesses claimed that he was seen at his rented space before the deaths of the three women were reported.

“Bikoy” gained infamy for being the hooded figure in the Ang Totoong Narcolist series which tagged President Rodrigo Duterte, his close allies, and even his children in the illegal drug trade.

Advincula however later on recanted his testimony, saying that his appearance was only part of the opposition’s alleged plan called Project Sodoma, which is a plot to oust Duterte in 2018 and 2019.