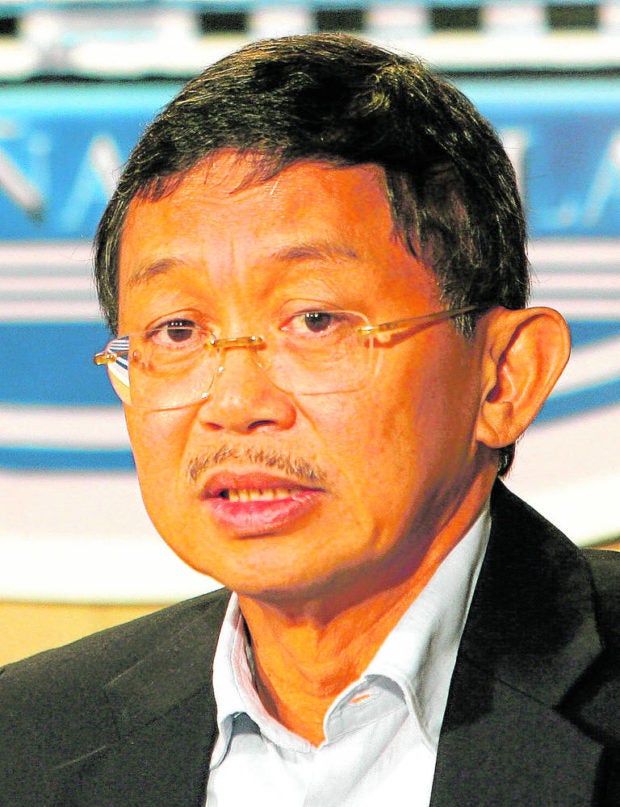 MANILA, Philippines — The Supreme Court has ordered the dismissal from service of former Socioeconomic Planning Secretary Romulo Neri after finding him guilty of grave misconduct in the 2007 national broadband network controversy.

The High Court’s Third Division reversed earlier rulings of the Court of Appeals (CA) that declared Neri guilty of simple misconduct and imposed a fine equivalent to six months of his salary.

In a 20-page ruling, the Supreme Court dismissed him from government service, canceled his eligibility, forfeited his leave credits and retirement benefits, and perpetually disqualified him from government service. Neri was the former chief of the National Economic and Development Authority (Neda) from 2006 to 2007 during the term of former President Gloria Macapagal Arroyo.

The Supreme Court said the appellate court “erred in deeming the misconduct as only simple, seeing as how the elements of corruption and clear intent to violate the law are quite patent.”

“Petitioner actively brokered for ZTE’s (Zing Xing Telecommunications Equipment) bid by using his public position despite knowing the corruption involved in the project. There is no cogent reason to justify the lowering of liability to simple misconduct,” part of the ruling read.

The decision was promulgated on July 5 but was uploaded on the Supreme Court website on Thursday. It was penned by Associate Justice Marvic Leonen and concurred in by Justices Ramon Paul Hernando, Henri Jean Paul Inting, Ricardo Rosario and Jhosep Lopez.

The 2007 controversy involved Chinese company ZTE, which submitted a proposal to put up a national broadband network in the country.

Back then, Neri testified in a Senate hearing that then Commission on Elections chair Benjamin Abalos allegedly offered a P200-million bribe to approve the deal with ZTE, which would require a loan between the Philippines and China.

A competing bid from Amsterdam Holdings Inc. (AHI) offered a lower proposal with no requirement of a loan. Jose de Venecia III, owner of AHI, also alleged that Abalos offered him $10 million to withdraw his bid or enter into a partnership with ZTE.

Neri also admitted to dining with Abalos, Chinese Embassy officials and ZTE officials. He said Arroyo told him to refuse the bribe while proceeding with the project.

ZTE eventually got the $329-million contract, but Arroyo dropped the project amid the controversy.

A complaint was later filed against Neri, Abalos, Arroyo and her husband Jose Miguel Arroyo before the Office of the Ombudsman.

In 2009, the Ombudsman found Neri guilty of misconduct and suspended him for six months.

Neri later appealed to the Court of Appeals (CA), which was denied, but the court found him liable only for simple misconduct. He was ordered to pay a fine equivalent to six months of his salary.

The former Neda chief elevated the case to the Supreme Court, which found that his dinner with ZTE officials was “no ordinary meeting” given that he was a key official for the approval of the deal.

“As the director general of the Neda, petitioner had the power of approval of ZTE’s bid. He insists that his office only evaluated the economic viability of the project, and had no discretion as to the contractor to be chosen, but this argument rings hollow,” the ruling said.