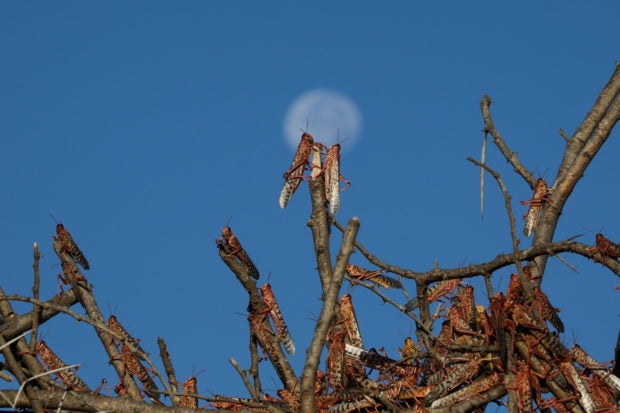 BRUSSELS — Locusts were added to the European Union’s list of approved food on Friday as part of the bloc’s push towards more sustainable farming and diets.

It was the second time Brussels had said an insect was safe for humans to eat after the dried yellow mealworm larvae of beetle tenebrio molitor was authorized in June.

The European Commission, which authorized the migratory locusts as a human food, said the locusts would be marketed as a snack or as a food ingredient either in dried or frozen form with wings and legs removed or as powder.

The European Food Safety Authority said adults of insect species locusta migratoria were high in protein with no safety concerns, though they might trigger reactions in people allergic to crustaceans, mites and molluscs.

It said insects, consumed daily by millions of people on the planet, were identified under the EU’s new farm strategy as an alternative protein source that could facilitate the shift towards more sustainable food.

The clearance is under the EU’s 1997 novel food regulation, which has led to the approval of algae, new plant proteins and certain foods from other countries. Applications for nine other insects have been submitted.