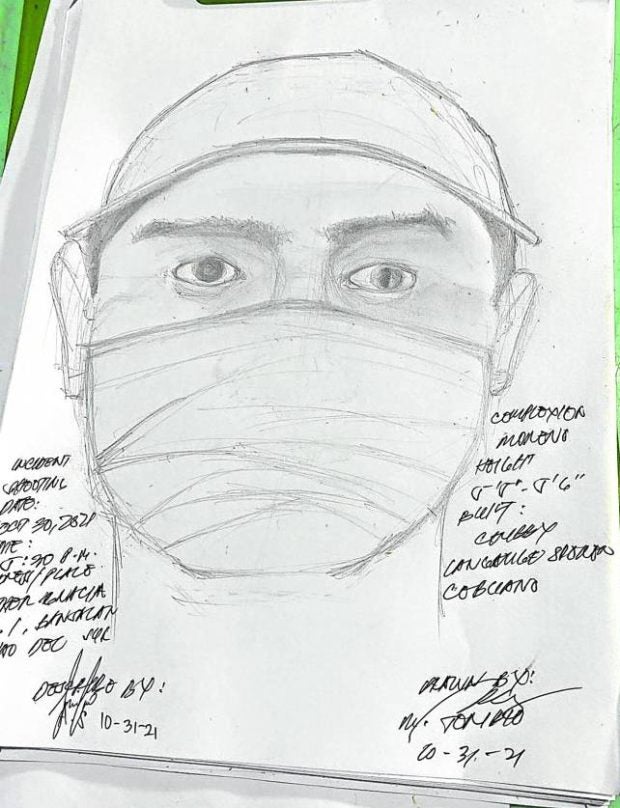 KIDAPAWAN CITY — The Davao del Sur police on Thursday scored a breakthrough in the investigation of the October 30 murder of journalist Orlando “Dondon” Dinoy, as it announced that an artist’s sketch of the suspected gunman matched the features of a person in its file of known criminals.

Dinoy, 43, a reporter for the Davao City-based multimedia outfit Newsline Philippines, was shot and killed inside his rented apartment in Bansalan town early in the evening of Oct. 30. The gunman’s companion served as a lookout, police said.

Geralde said their witnesses claimed that they saw the gunman barge into the apartment where Dinoy was shot six times at close range.

He said the gunman and his companion were known to be “hired killers” who were behind the murder of a police officer in Davao del Sur.

Geralde, however, did not name the suspects to avoid compromising the police’s case buildup. He also declined to say who could have ordered Dinoy’s killing, but assured that all angles were being investigated.

He said the police investigation would now focus on two issues: Dinoy’s series of supposedly offensive social media posts and his alleged involvement in the cover-up of illegal cockfights in the towns of Matan-ao and Bansalan.

Reacting to the results of the investigation, Editha Caduaya, Newsline publisher, told the Inquirer that they were not privy to Dinoy’s activities outside of his role as reporter.

“Aside from our official dealings since June 2021, we are not in a position to account for what transpired before he joined our newsroom,” Caduaya said.

“He (Dinoy) did not [also] reveal any security concern nor activities contrary to our policy, which might be too personal and beyond us, a thing we respect,” she added.

Before his stint with Newsline, Dinoy was a former correspondent for the Inquirer and also wrote for SunStar Superbalita in Davao, aside from being a commentator for a Davao del Sur radio station.

He was laid to rest at Bansalan public cemetery on Wednesday, with his family hoping that justice would be served soon. —WITH A REPORT FROM RYAN D. ROSAURO