Ex-spokesman Carlos is next PNP chief 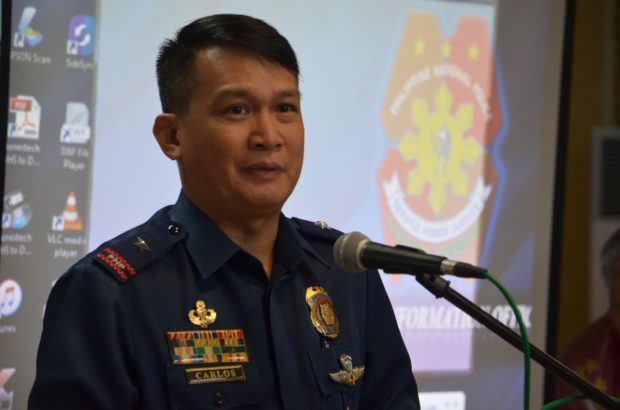 Malacañang on Wednesday confirmed that President Rodrigo Duterte has appointed Carlos as the next country’s top cop, replacing Gen. Guillermo Eleazar who will retire on Nov. 13.

Carlos served as chief of the PNP’s Directorial Staff, the fourth highest post in the national police, prior being appointed as chief PNP.

He is a member of the Philippine Military (PMA) Class of 1988.

He served as a PNP spokesman in 2017 before he was named as the director of the Aviation Security Group. 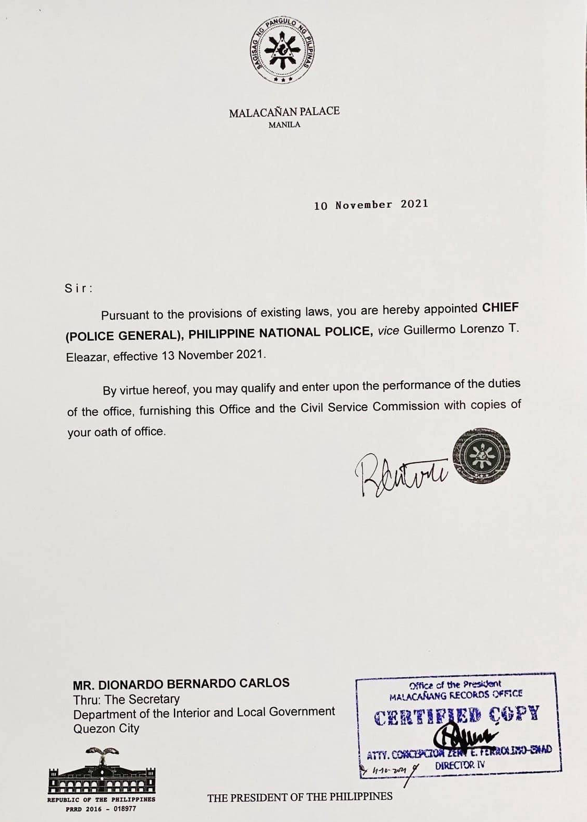