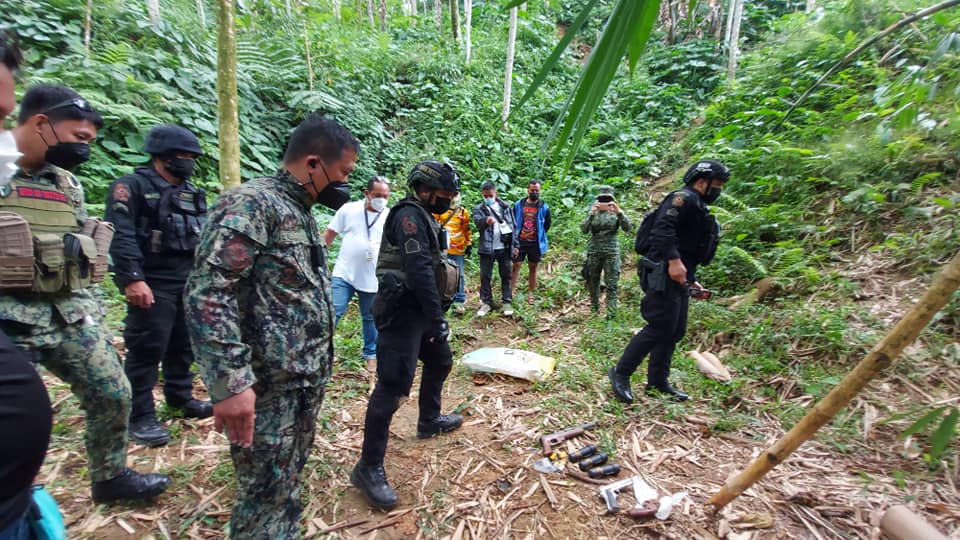 The police City Mobile Force Company (CMFC) said a resident found the stash hidden in a clump of bamboo near the paved road in Sitio Salimbal, Barangay Tignapoloan.

“A resident stumbled upon the weapons when he saw the barrel of a shotgun protruding from the sack. He reported it right away to village officials, who, in turn, informed us,” he said.

Ortiz said the rifle grenades with canisters appeared new, although investigators had yet to determine if these were issued to the Philippine National Police (PNP) or the Armed Forces of the Philippines (AFP).

“There was no marking indicating if these rifle grenades belong to the PNP or the AFP,” he said, adding that it’s usually the PNP’s mobile forces that use the rifle grenades.

But Ortiz said they could trace where the rifle grenades came from as these bore markings of its manufacturers.

Police, he said, had yet to verify if the weapons were owned by the New People’s Army (NPA) or a civilian.

NPA fighters have been known to traverse the road from Bukidnon to Lanao del Norte by way of Tignapoloan.

Residents have also reported sightings in previous years of armed groups passing through the village.

“The sack that contained the firearms and ammunition were not buried, meaning, the owner did not intend to hide it for a long time, but to retrieve it later,” Ortiz said.

He said the police were appealing to residents to report any suspicious persons or objects to local authorities.