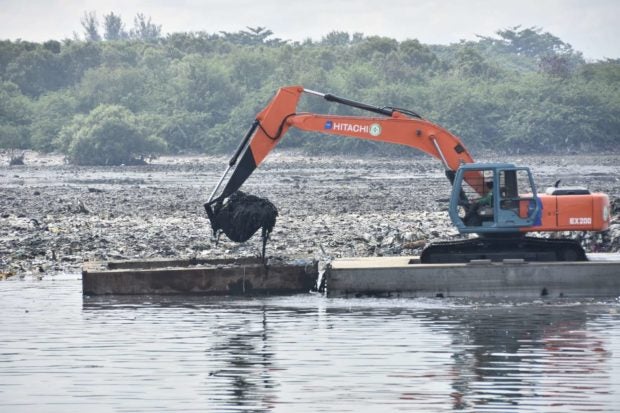 The pile of garbage in the river is estimated to be 26,000 cubic meters in volume. (Photo from the MMDA)

MANILA, Philippines — The Metropolitan Manila Development Authority (MMDA) began desilting Parañaque River and removing a “garbage island” in the middle of it as part of its flood control measures.

According to MMDA Chairman Benhur Abalos, shanties had already been built on top of the island, which was made up of a mixture of garbage and silt, serving as a resting place for fishermen.

“If we don’t act on this, more structures will be built in the area. But the most alarming possibility is its effect on the water flow along the river and the waste will be very toxic to the community and surrounding waters,” he said.

According to him, it will take about three to four months to fully get rid of the pile of garbage, which is estimated to be 26,000 cubic meters in volume. 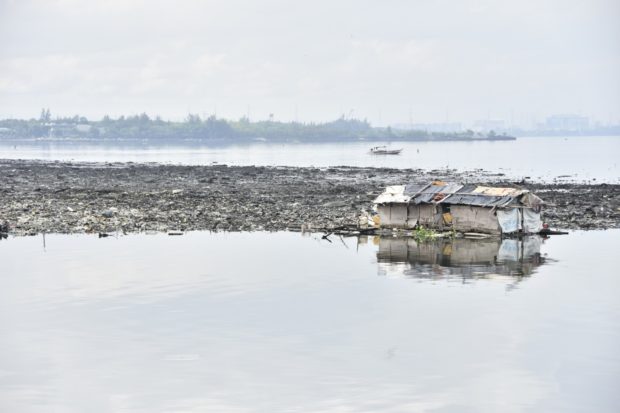 One of the shanties that have been built on top of the garbage pile. (Photo from the MMDA)

He then called on the public to report other piles of garbage or silt obstructing waterways and to dispose of their garbage properly.

“I call on everyone to report to the MMDA problems like this where there is a mass of garbage that needs to be addressed and removed immediately,” said Abalos.

“I also urge the public to throw out garbage responsibly and practice recycling to lessen waste and help mitigate floods,” he added.

The MMDA has also installed 30 trash nets along canals in Metro Manila to trap garbage that will be collected every three days to help mitigate damage to its pumping stations.