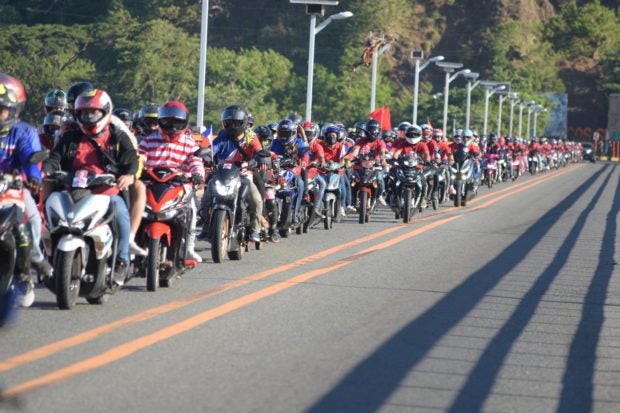 Supporters of Ferdinand “Bongbong” Marcos Jr. organized and joined a caravan to show their support for his 2022 presidential bid in Ilocos Sur on November 7, Sunday. Photo courtesy of Richard Galdones.

Efren Rafanan, provincial board member and one of the organizers of the event, said the caravan lasted for six hours, from 6 a.m until 12 noon.

The caravan covered towns and cities in the two districts of Ilocos Sur, from the northern town of Sinait to the south in Tagudin, with organizers saying that it spanned an approximate distance of at least 125 kilometers.

Rafanan claimed that “more or less 8,000 supporters” in the province participated in the caravan, adding that it went beyond the initial expectation of 4,000 supporters.

According to Rafanan, what transpired in Ilocos Sur highlighted the “Ilocano support” to Marcos Jr.’s candidacy in the 2022 presidential race and that the “solid north power is still there.”

Rafanan said that the disqualification case faced by Marcos Jr. is an indication that the latter has a strong chance of winning in the presidential elections in 2022.

He added that a similar activity will be launched in the Ilocos region soon. 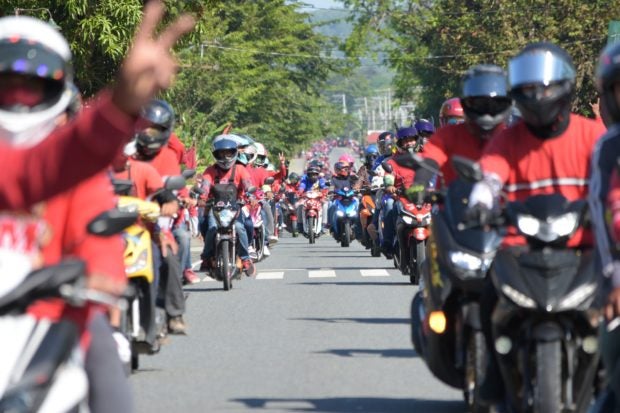 Supporters of Ferdinand “Bongbong” Marcos Jr. organized and joined a caravan to show their support for his 2022 presidential bid in Ilocos Sur on November 7, Sunday. Photo courtesy of Richard Galdones.

Meanwhile, Kervin King, one of the primary organizers of the event, said in a social media post that “a little more than 5,400 vehicles with over 7,000 (people) joined the motorcade.”

“All are safe and we didn’t cause too much traffic considering the 27.3-km head to tail length of the motorcade,” he added.

(Thanks very much to all the organizers and participants in the caravans and motorcades conducted in different venues in the country. I am very pleased with your show of support and unity with our goal.)