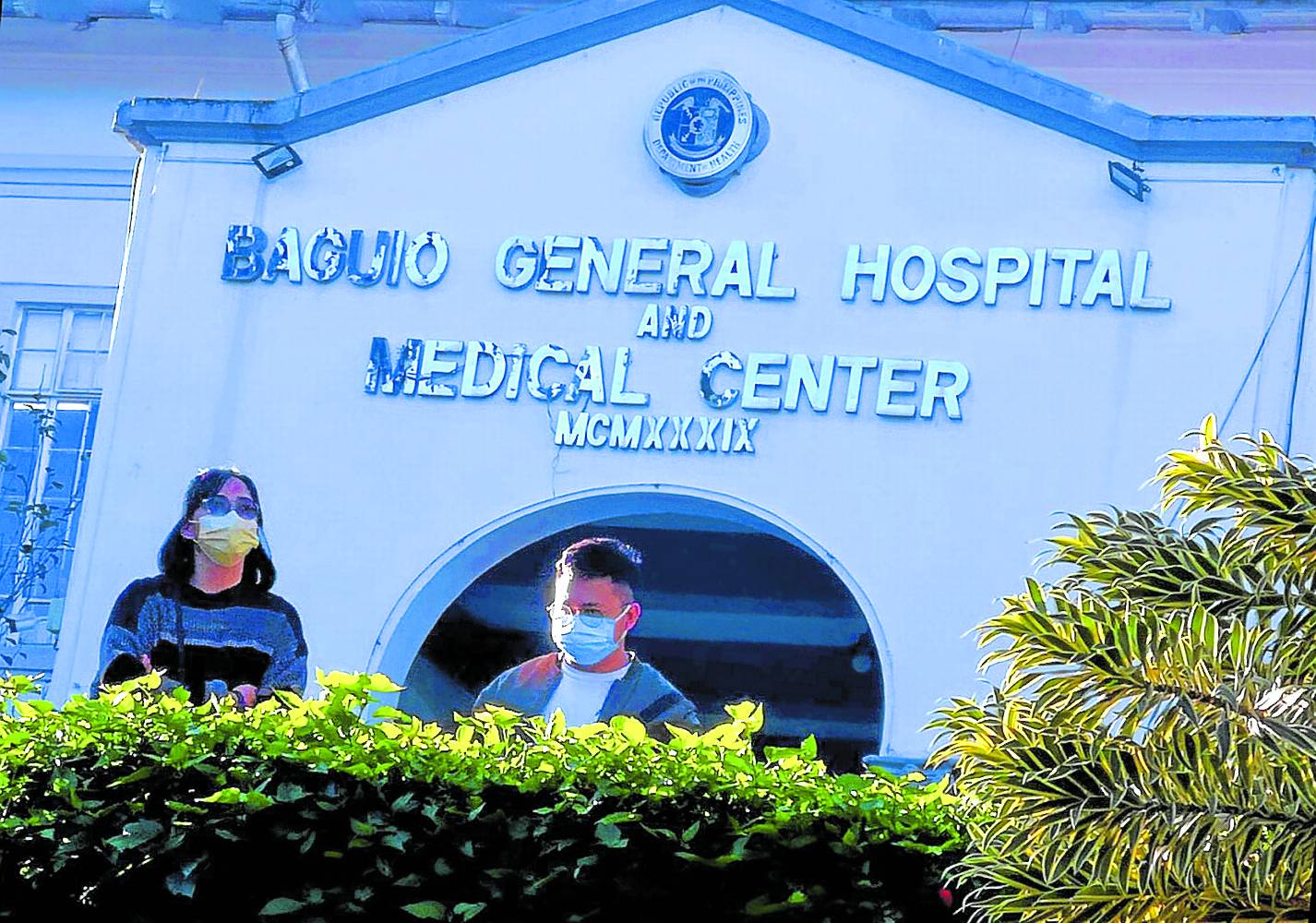 PRIMARY CARE UNIT Baguio General Hospital and Medical Center has been the primary coronavirus treatment and laboratory facility since the pandemic broke out last year and the site for the inoculation program for minors that started on Oct. 29. —EV ESPIRITU

BAGUIO CITY—The city has achieved its original herd immunity target of 70 percent, with 198,034 residents completing their vaccinations as of Thursday and has since moved forward with the inoculation of most of its 281,000 adult population.

Local medical front-liners have also given the jab to 6,626 minors, after rolling out the ceremonial launch of its pediatric vaccination program on Oct. 29 at Baguio General Hospital and Medical Center.

Mayor Benjamin Magalong on Friday said his personal goal was to inoculate 95 percent of the population, which now totals 336,358 (2020 census), at the end of the year, including minors who are 12 to 17 years.

As of Thursday, 248,983 residents have received their first dose, local health records showed.

Aside from shielding Baguio from the virus, vaccination would speed up the full recovery of the city’s economy, Magalong said.

Under alert level 3, Baguio eateries and mass transport may be allowed to increase the number of customers these sectors may serve, Alberto said at a briefing on Wednesday.

Baguio had reopened its doors to tourists shortly before the country observed “Undas” (All Saints’ and All Souls’ Day), drawing more than 8,000 visitors as of Monday.

Aloysius Mapalo, city tourism operations supervisor, said the city was forced to turn away leisure travelers who arrived without the proper documents or false test results, or who did not undergo registration and screening.

The city government continues to impose a ceiling of 2,000 guests per day, but the influx of tourists has displayed the confidence people had on Baguio’s safety, partly due to the vaccination drive, Mapalo said.

All tourism workers in the city have been fully inoculated against the viral disease, he said.

Vaccine czar Carlito Galvez Jr., national interagency task force against COVID-19 chief implementer, said reopening the tourism industry came at a time when the government was rethinking its policies regarding people who continue to resist the jab.

With over 46 million vaccines currently stored in warehouses all over the country, “supply is no longer a problem,” Galvez said after witnessing the vaccination of over a thousand children and teens at a Baguio mall on Friday.

He said the government was preparing to undertake three National Vaccination Days tentatively scheduled from Nov. 29 or Nov. 30 to Dec. 1 “where everyone has nothing else to do but get vaccinated.”

Galvez said their target would be to inoculate at least 54 million Filipinos by the end of year, pointing out that Israli experts had opined that the Philippines could not exit from the pandemic if 20 million of its population remains unvaccinated.

“I believe the way forward is mandating vaccinations,” he said, noting that the state’s obligation was to save every life, including people who refuse the vaccines. —VINCENT CABREZA