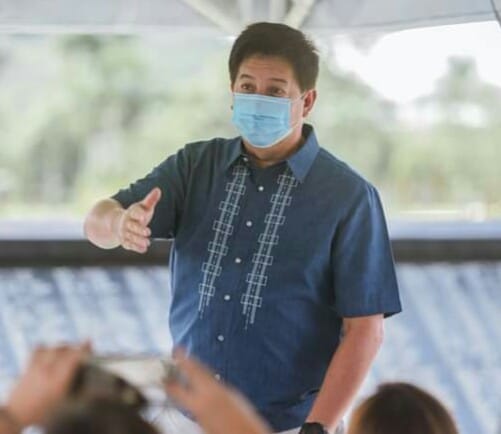 TACLOBAN CITY––Mayor Alfred Romualdez will lead this year’s commemoration of the onslaught of Super Typhoon “Yolanda” that devastated the city eight years ago on Monday, Nov. 8.

Romualdez on Thursday issued an executive order suspending work and classes in the city for people to commemorate Yolanda, which resulted in the death of more than 2,000 people.

“The activities are intended to commemorate the supertyphoon to recognize the lessons that ought to be learned from the experience. We also want to pay homage to the people who suffered and survived the catastrophe and to highlight the resilience of the people of Tacloban City,” he said in his order.

Those under the maintenance of peace and order, emergencies, health, traffic flow, and disaster management, shall, however, continue reporting for work.

Based on the program released by the City Tourism Office, the observance will start at 8:30 a.m. on Nov. 7 with a Mass at the Anibong Shipwreck site. It will be followed by a wreath-laying and candle lighting ceremony.

It was on this site that a commercial vessel, M/V Eva Jocelyn, was swept ashore due to the deadly storm surge that hit the district. Its bow was preserved by the city government and was made as a remembrance of Yolanda.

On Nov. 8, a Mass will be held at the mass burial at the Holy Cross Memorial Park in Barangay Basper. This will be highlighted by the blessing of the mass grave, where those who perished were buried.

On the same day, a Yolanda marker, on which were engraved the names of those who died, and constructed at the compound of the Tacloban City Convention Center, will also be blessed. The compound served as the main relocation center in the aftermath of the massive disaster.

Before the sun sets, a simultaneous ringing of church bells will be done to signal the candle lighting ceremony to remember those who perished during the supertyphoon.