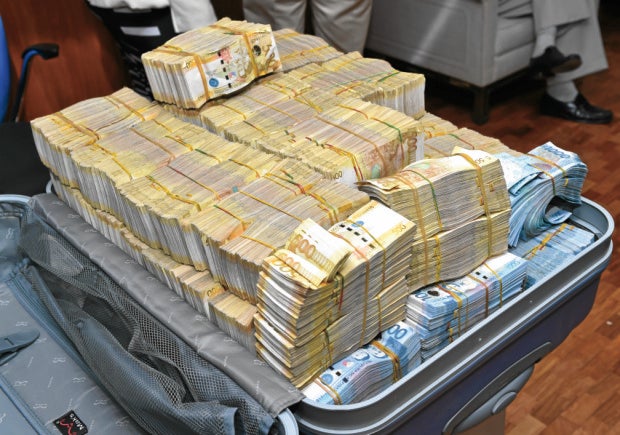 MANILA, Philippines — Agents of the Philippine Drug Enforcement Agency (PDEA) were deputized by the Anti-Money Laundering Council (AMLC), to strengthen the fight against drug money launderers.

In a statement, PDEA said that 50 agents were converted to Deputized Anti-Money Laundering Council Financial Investigators (DAFIs) to investigate financial instruments – such as bank accounts and insurance policies- used to launder drug money.

According to PDEA, financial investigations are usually undertaken by the AMLC. This means evidence from drug cases filed by the PDEA is provided to the AMLC to establish probable cause required in filing applications for bank inquiry, petitions for freeze orders, civil forfeiture cases, and criminal complaints about money laundering.

“With the deputation of PDEA DAFIs, the agency’s personnel will now be able to take on the role of AMLC Financial Investigators,” PDEA said.

“A tremendous boost to money laundering investigations considering the limited number of AMLC investigators,” it added.

PDEA then cited several cases that prove how crucial the “close cooperation between the PDEA and the AMLC” has been in preventing drug trafficking groups from using the country’s banking system in laundering drug money,

In 2017, forensic data provided by PDEA allowed the AMLC to successfully freeze 160 accounts and insurance policies in 16 banks and three other financial institutions that convicted drug lord Peter Co and his associates allegedly used to facilitate P10 billion in transactions for over a decade.

Another case noted by the PDEA was in September this year when the PDEA and AMLC successfully issued Freeze Orders against the assets of drug personalities Julie Hao Gamboa and spouses Ruben and Teresita Taguba. They are all linked to the smuggling of hundreds of kilograms of shabu into the Philippines. This freeze order covered a total of 173 bank and credit accounts, insurance policies, 17 real properties, and five motor vehicles belonging to the suspects.

PDEA said that from 2011 to 2018, the AMLC had reportedly frozen more than P2 billion worth of assets of suspected drug personalities.

“The deputation of PDEA officers as AMLC Financial Investigators is the latest of several mechanisms designed to cut the flow of proceeds from the sale of illegal drugs,” PDEA noted.

“With the rapid increase of innovations in banking and finance such as internet banking and a multitude [of] money transfer services available to the public, PDEA and the AMLC see the need to innovate and forge closer relationships with its stakeholders in order to stay several steps ahead of narcotics trafficking groups,” it added.