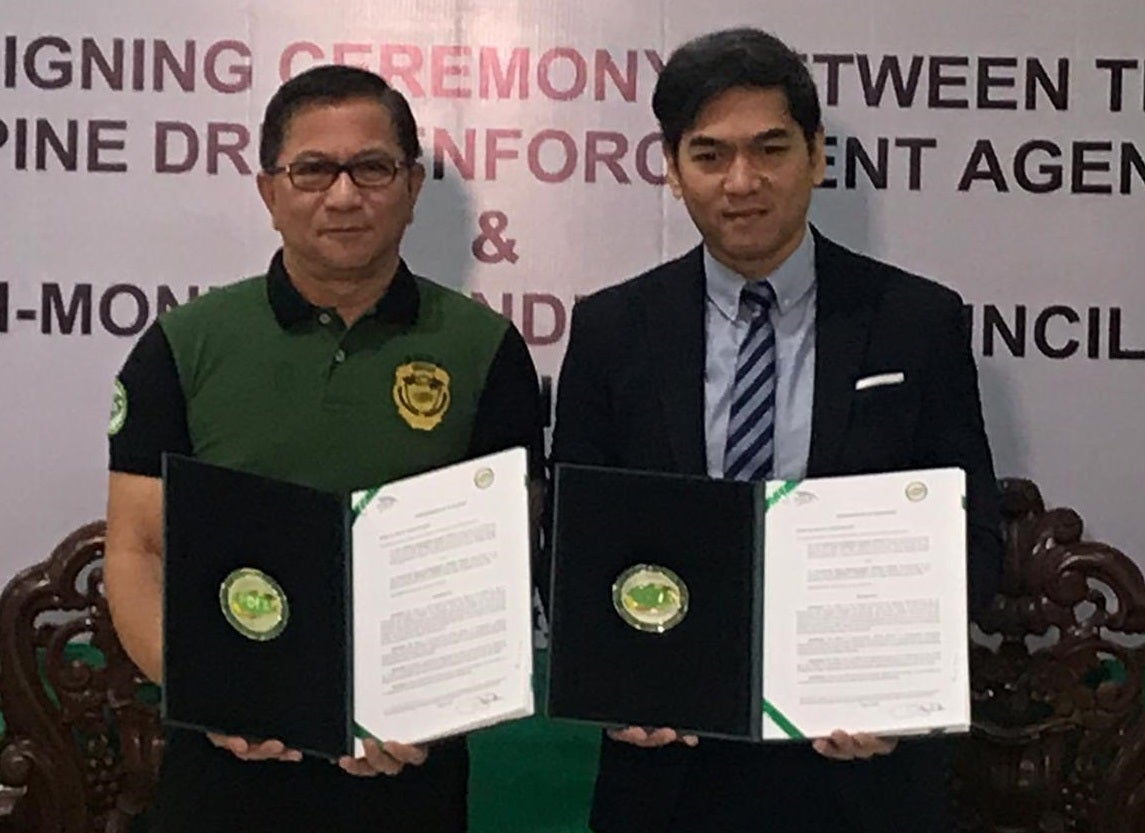 PDEA Director Aaron Aquino (left) and AMLC Executive Director Mel Georgie Racela present the MOU on the cooperation of their agencies against the laundering of drug money. INQUIRER.NET / NOY MORCOSO

MANILA, Philippines – The Philippine Drug Enforcement Agency (PDEA) and the Anti-Money Laundering Council (AMLC) signed on Tuesday a memorandum of agreement (MOA) to prevent and investigate the laundering of drug money.

“Drug lords hide their profits to make it appear they were acquired through legitimate means. We need to track down their drug money trail and prevent them from using their affluence and influence to evade punishment,” Aquino said in a statement.

Under the agreement, the agencies pledged to cooperate in exchanging information, including studies and researches on current and emerging trends in money laundering and financing for terrorism. Joint training may also be conducted by the PDEA and AMLC.

Aquino said that laundered money comes from the trafficking of illegal drugs and also finances terrorism, while banks and other entities have become conduits of laundering drug money.

AMLC has frozen a total of P2.037 billion worth of assets, which include local and foreign currencies, real estate, vehicles and firearms, from all drug cases referred by the PDEA from 2011 to 2018.

“The efforts and resources used by PDEA in tracking down and arresting illegal drug dealers and manufacturers will definitely go for naught if we cannot freeze the assets of these criminals while they are being prosecuted,” Aquino said.

“We cannot go on arresting and filing the cases while the drug lords are freely using drug money to buy their way out of prison,” he also said. /cbb