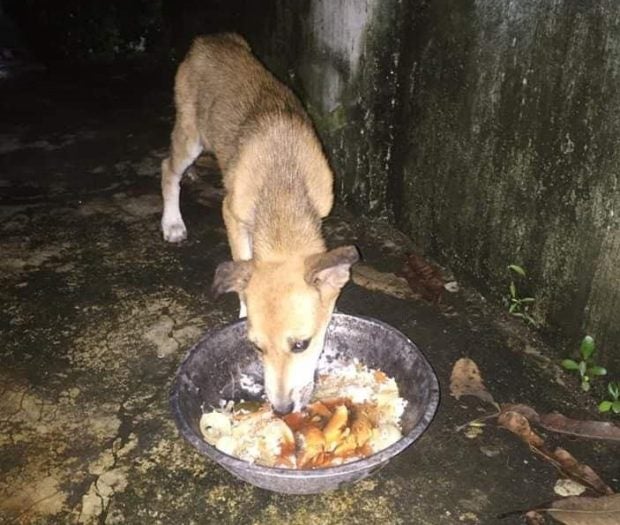 A dog that was among those left unfed by authorities in Asturias town, Cebu was released by concerned citizens from the cage and given food to eat. (Photo courtesy of Clara Isabelle)

CEBU CITY — Concerned citizens and organizations have rescued the impounded dogs that were left unfed and were already eating the carcasses of other dogs inside a cage in Asturias town, Cebu.

According to Clara Isabelle, who posted a video of the dogs, she hoped to get the attention of government officials but to no avail.

Instead, the video was able to gather private individuals who themselves went to the site to feed and rescue the dogs.

She said it was her friends who took the first video showing the unfed dogs inside a cage. Her friends, however, were afraid to post the video so she did it on their behalf.

Isabelle said concerned individuals who went to the site on Tuesday brought with them food. Some of the dogs were rescued while some escaped when they opened the cage.

She said some of the dogs were so weak that they were unable to walk. There were also three dogs that won’t go out of the cage as they appeared to be traumatized.

Officials of Asturias town remain mum over the viral video of the impounded dogs which were part of the municipal government’s campaign against abandoned or stray dogs.

Calls to Asturias Mayor Antonio Pintor remained unanswered. The municipal agriculturist and veterinarian could also not be contacted for comment.