Duterte is ‘best president the Philippines has ever had’- Bato 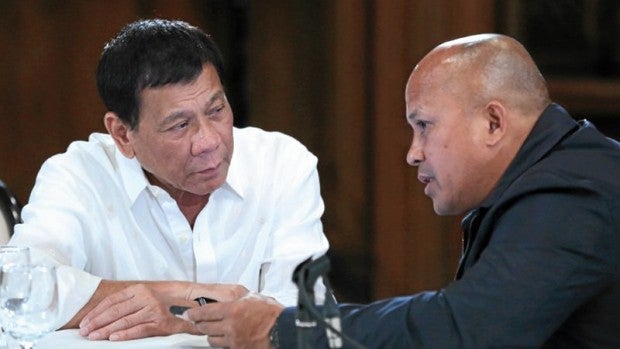 MANILA, Philippines— For Senator Ronald “Bato” Dela Rosa, President Rodrigo Duterte is the “best president that the Philippines has ever had.”

Dela Rosa boldly made such a claim when the issue of “personality politics” and Duterte’s possible senatorial bid was raised in an online interview on Wednesday.

But in the case of Duterte, the senator said, “I believe the President is not only good, but he’s the best president that the Philippines has ever had.”

And yes, Duterte’s possible senatorial run in 2022 could also affect the winnability of other administration bets, Dela Rosa admitted.

(Yes. Let’s not beat around the bush. Politics in the Philippines is really based on personality. You’d say personality politics. That’s true because you vote for that person according to his personal circumstances.)

(You wouldn’t give the country’s leadership to someone you don’t know without knowing his personality first. Personality politics still reign in our country.)

READ: No ‘personality politics’ in PDP-Laban despite push for Duterte’s Senate run — Cusi