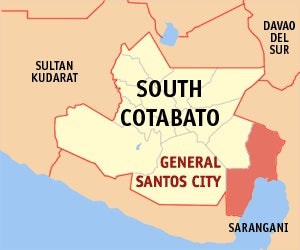 MANILA, Philippines — A commander of a police precinct in General Santos City has been relieved from his post after reports that he allegedly assaulted officers under him, Philippine National Police (PNP) chief Gen. Guillermo Eleazar said on Wednesday.

According to Eleazar, his office got information that Police Capt. Nemencio Calipjo Jr., chief of General Santos’ Police Precinct 8 in Barangay Tinagacan, supposedly punched and slapped four non-commissioned officers in their office.

Complainants claimed the incident happened early Sunday morning, when the police official arrived at the police precinct drunk while holding an M-16 rifle, ordering officers to stand in formation in front of the precinct. Calipjo allegedly also threatened to kill his subordinates.

“I have already directed the RD, PRO12 to immediately relieve Police Captain Nemecio Calipjo, Jr. as commander of the General Santos City Police Precinct 8 while the investigation is being conducted against him,” Eleazar said in a statement.

“All police commanders should set good leadership examples to their men and what Police Capt. Calipjo, based on the initial report I received, was clearly a breach of discipline and violation of PNP rules and regulations,” he added.

Further reports said that while Calipjo was castigating personnel under his watch — which ran for over an hour — the M-16 rifle accidentally went off after he set it down.  Complainants said that the outburst happened after they did not immediately act on a concern brought by a person close to Calipjo.

Eleazar assured the public that such actions would not be tolerated by the police force, as complaints against Calipjo would be studied thoroughly.

If proven that Calipjo indeed assaulted his subordinates, the PNP chief warned that he may face serious sanctions, including administrative cases.

(I would not let this kind of police officer enforce laws in the community because if he cannot follow our regulations and respect his fellow police personnel,  maybe he cannot also respect the rights of civilians.)

(We have issued a stern warning regarding maintaining discipline for our police officers.  We do not want to leave the country with these officers in our ranks.)

Ever since Eleazar took office, he has campaigned to rid the police force of abusive members through his intensified internal cleanliness program.  Back in May when he was appointed, he warned the whole organization that they may face sanctions and even dismissal if they continue with their wrongdoings.