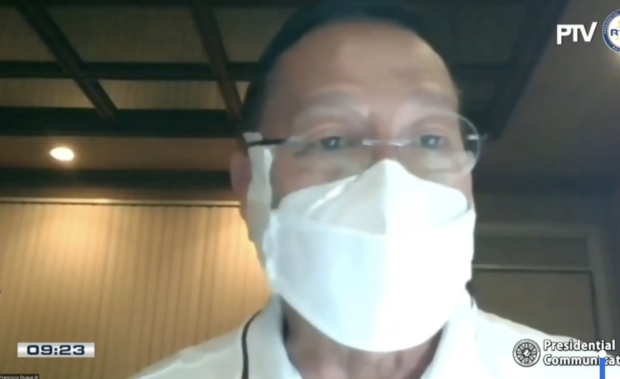 “Ang paalala sa akin is we have to abide by the memorandum. So that is what we did and we followed that memorandum order,” Duque said during the Kapihan sa Manila Bay forum when asked about his earlier plan to discuss the memorandum with Executive Secretary Salvador Medialdea.

(The advice to me was we have to abide by the memorandum. So that is what we did and we followed that memorandum order.)

In light of this, Duque said he and other Department of Health (DOH) officials will not be attending the committee’s 14th hearing on Thursday.

“I’m not [attending] unless there’s a reversal or a decision on the memorandum order. Mind you, I attended 100 percent of all the Senate blue [ribbon committee] hearings [before the memorandum was issued],” the health chief added.

It can be recalled that Duque, during the DOH’s budget hearing last Oct. 13, said he agrees that the executive branch should not “block” Cabinet officials from attending the probe but sought for certain adjustments in the conduct of the hearings.

The Senate is expected to file a petition before the Supreme Court questioning the memorandum.

The blue ribbon committee has been investigating the government’s purchases of medical goods, including allegedly overpriced face masks, shields and other supplies, at the height of the pandemic last year.

During the course of the inquiry, senators have repeatedly questioned the DOH’s transfer of P42 billion to the Procurement Service of the Department of Budget and Management for the purchase of pandemic response supplies.

A portion of this amount went to over P8.6 billion worth of contracts awarded to Pharmally Pharmaceutical Corp. Senators doubted the financial capacity of the firm since it was only established in 2019 with a small capital of P625,000 when it secured the supply deals.